Yola is a rising country-soul singer/songwriter from Bristol, UK, whose recent successes include being voted ‘UK Artist of the Year’ at the AMA UK Awards, a much-hyped performance at AmericanaFest in Nashville and embarking on her first headline UK tour, described by The Times as “spectacular”. Towards the end of 2016 Yola was noted as an ‘artist to watch’ by publications ranging from The Guardian and NPR to Stereogum and No Depression.

Heavily influenced from an early age by SiXties country, StaX-era soul and gospel ranging from The Staple Singers to Otis Redding, Yola was raised in a small seaside town in the South West of the England and “always wanted to be a country music artist”. Unafraid to address difficult issues in her lyrics, Yola’s real-life story - both heartbreaking and inspirational - naturally finds its way into her songs. Coming from a poor, broken home and a parent suffering from mental illness who ‘banned’ her from making any music, Yola’s eXperience of growing up was one of truly living below the breadline. In a working class community in denial of its status where discrimination and even violence fuelled by racism were not unusual, writing music quickly became an outlet and a means of eXpression, and touring a means of escape.

From her late teens, Yola (born Yolanda Quartey) worked hard to earn credibility and respect throughout the industry as one of the UK's top singers and a uniquely gifted songwriter. Realising that her soul voice was soon getting attention, Yola graduated to touring internationally straight out of school with critically acclaimed acts such as Bugz in the Attic on their world tour, and later Massive Attack, most notably headlining Glastonbury Festival's Other Stage to 60,000 people and broadcasting live on the BBC. Other notable supports and live collaborations since have included The McCrary Sisters, The Fairfield Four, Willie Watson, Jan Howard, James Brown, Elizabeth Cooke and the legendary StaX Band.

She began her journey into Americana music performing with her band Phantom Limb, based in her hometown of Bristol. The band self-released the eponymous debut album and the later more country-leaning effort of ‘The Pines’ produced by Marc Ford of The Black Crowes, taking to the road with acts such as Dr John, Solomon Burke and Candi Staton. Despite this success, Phantom Limb eventually disbanded, leaving Yola to focus on her own projects.

Yola has since combined her two skillsets of singer-writer and writer/producer to write, record and produce her debut solo EP ‘Orphan Offering’ which was released in November 2016, and gets its physical US release on April 7th 2017. A set of songs that manage to be autobiographical and intensely personal while speaking to wider socio-political issues, the EP is a living eXample of an artist building something from nothing: In ‘Dead and Gone’ Carter sings “there was a time when my people were product to you; if we can’t supersede that now, where on Earth am I heading to?” - an eXplicit reference to assumptions about the role of black female singers in the modern music industry.

Following a year sharing stages with artists like St Paul and The Broken Bones, Sam Outlaw and Imelda Mae, and eXtensive media coverage around her debut release, Yola is now working on her full-length debut and will be performing at a number of festivals throughout the summer.
Expand
Social Feeds 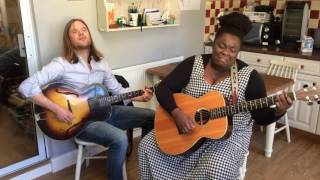 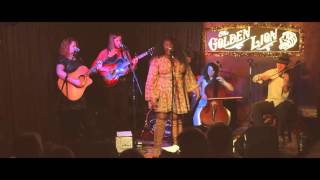 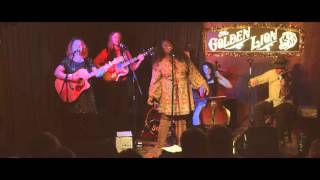 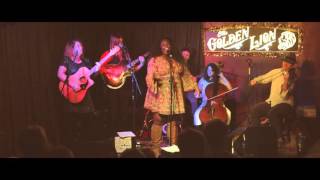 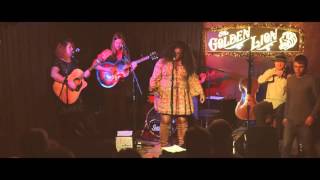