BOOKING INQUIRY
Regions
Worldwide
ABOUT
Growing up with a mother who was a minister and choir director, Travis Greene says that gospel music “was like oXygen in our house, always part of my life,” and no artist inspired him and strengthened his passion for God more than 12-time Grammy winning legend Kirk Franklin. Now an inspirational trailblazer in his own right, Greene’s masterful fusion of music and ministry these past few years prompted Franklin to anoint him as one of the artists who are the “future of gospel music.” Continuing on his global mission to “bring the cool back to the worship eXperience, and get people, especially the unchurched, eXcited,” the two time Grammy nominee debuted at #1 on the Billboard Top Gospel Albums chart with his latest album Crossover: Live From Music City. Its lead single “You Waited” hit the Top 5 on the Hot Gospel Songs chart.

Much like Franklin in his early heyday, Greene’s meteoric rise has been chronicled everywhere from Billboard, Rolling Stone, TMZ and the New York Times to prominent magazines like Rolling Out, JET, Ebony, ESSENCE and Vibe. At the 2017 Stellar Gospel Music Awards, he won in seven key categories, including “Song of the Year” (“Made A Way,” which also hit #1 on the Hot Gospel Songs chart), “Male Vocalist of the Year,” “CD of the Year (The Hill, which also reached #1 on the Top Gospel Albums chart),” “Contemporary Male Vocalist of the Year,” “Contemporary CD of the Year,” “Recorded Music Packaging of the Year” and “Praise and Worship CD of the Year.” All told, he has been nominated for 13 Stellar Awards, 3 Dove Awards, 2 Billboard Music Award and a Soul Train Award. In 2016, Billboard named him “Gospel Airplay Artist of the Year.”

In 2016, the singer and his wife, Dr. Jackie Greene, launched Forward City Church in Columbia, South Carolina, which he describes as “a church for the unchurched and over-churched.” While pastoring the quickly growing congregation at home and eXtending scholarships and mission work to thousands of people in Africa, Greene also embarked on a world tour. He brought his cultural boundary crossing music to many African countries, including Nigeria and Ghana; the Caribbean islands of Trinidad and Tobago, and Jamaica; Dubai; and to London, Montreal and Toronto. “I’ve been called to minister in many different ways,” Greene says, “but I see my gospel-centered activities not as finding a balance but as more of a rhythm, fully aware of what God has called me to do.”

With 13 of its tracks recorded in 2017 at Skyville Live in Nashville, Tennessee, Crossover: Live From Music City follows in the live recording tradition of The Hill, which also featured all original material. The new collection includes two studio tracks, “Love Will Always Win” (co-written and produced by Travis with Jason Ingram and Paul Mayberry) and “Finally Found” (co-produced with Bernie Herms). “The album title comes from the Biblical notion of being able to cross over and leave what was and embrace what is waiting for you, as the Ancient Israelites did after they were freed from bondage,” Greene says.

“That thread is interwoven into every song, reflecting on what crossing over looks like at different times. Some seasons, we have to be still and wait on God, but we also celebrate the fact that God waits on us as well. I want people to be encouraged in the midst of bondage and darkness, to know that the light, and your time to cross over out of darkness, is coming. I like to bring a blend of energy and thoughtfulness to my songs, and my goal with both the lyrics and rhythms and instrumentation is to make the music inviting. I want my music to allow people to let down their guard and be vulnerable enough to hear the voice of God.”

While most artists create live albums of concerts featuring their best loved hits, Greene – who launched his recording career with the independent release The More in 2007 – prefers the synergy that comes from sharing fresh material with eager audiences. Like its predecessor, Crossover: Live from Music City is an opportunity for longtime and new fans alike to partake in an eXperience that brilliantly captures the artist’s passion, eXcitement and charisma onstage -- and his ability to reach hearts with the gospel through music.

“For me, it’s all about the shared energy, the adrenaline and connecting with the audience,” Greene says. “Performing live is a more honest demonstration of what I can offer people musically. In the studio, I can mimic what I do live, but there’s nothing like the way an eXcited audience can help me take my gifts to another level. Unlike when you do conventional recording, you instantly see the impact the music makes. When I’m able to see those tears streaming, hands lifted high and people jumping around with joy, I know that God’s message is getting across through me.”

Greene’s fascinating life story begins with miracles that show grace in his life even before he began pursuing his musical gifts. He was originally still-born but was resuscitated, and at the age of four, while living in Germany where his father was based in the military, he was brought back to life after a four-story fall from a building. Though his father passed away when Greene was only five, he grew up a “military brat” who developed a unique appreciation for and understanding about many world cultures – all of which laid the foundation for his ministry today. Though he didn’t perform for people until participated in his mother’s prison ministry in their adopted home state of Georgia when he was 18, Greene’s passion for music was an important part of his early life. “It was God’s way of giving me an escape from tragedy and crisis,” he says. “I turned to the keyboard instead of to drugs and life on the streets. Any instrument I put my hands on, I as able to play.”

Though certainly less dramatic than the early-life miracles, Greene attributes his pursuit of his musical career to a moment of divine intervention. It came in the form of his piano instructor at Georgia Southern University, where he majored in business and minored in music. Just before graduation, she asked him his plans. He said he was going to get an MBA and then move to New York and work a corporate job. She asked him what he was passionate about. When he said, “music and ministry,” she told him he needed to pursue those. Greene says he was a pretty good piano player, but “her discipline forced me to crawl and not run, not jam as much and play more melodically and fluidly.” While attending Georgia Southern, he played keys at a

local church and one day the pastor heard him singing and told him he should lead worship.

These moments of encouragement led Greene to develop his raw talent further and set his sights on making gospel music for a living. He bought a laptop and got some recording equipment and software, believing he was following God’s plan for his life. He struggled for years, having to move out of a foreclosed house he was living in, subsisting on grits and Wendy’s, and had a car that broke down every other week. His dedication to music meant he only worked part time, usually at churches where he attended. He went through the ups and downs of having limited success and resources, and even when he achieved Billboard chart success and airplay with his 2010 album Stretching Out, he was barely making enough to survive.

“This is an eXample of why I sing about our patience with God and His patience with us,” Greene says. “Things happen when they are supposed to and when we are ready. The struggle forces you to be persistent and learn a lot of necessary lessons. I literally lost everything in pursuit of the dream God placed on my heart. I believed I heard his voice during those seasons of what I call ‘radical faith.’ The interesting thing was that even when I was in lack and didn’t know where my neXt meal or rent payment was coming from, I still felt fulfilled because I was in His will. I was driven and knew without a doubt what God was going to do. Peace was part of the journey.

“At the end of the day,” he adds, “I simply want music to be my vehicle to inspire people and make them feel right about choosing God. I want to use these opportunities to encourage people, and maybe in the process help redefine the way Christianity looks in our contemporary culture and reveal God in a different way. I appreciate the ability to make an impact and help people change their perspective. Encouragement from legends like Kirk Franklin is a huge honor, and makes me want to be more diligent and transparent in what I am called to do. Besides raising my two young boys go grow up with a godly eXample, I’m really eXcited to raise up the neXt wave of worshipers and those called to share the love of God through music. I want to be part of helping carry the torch into the future.” 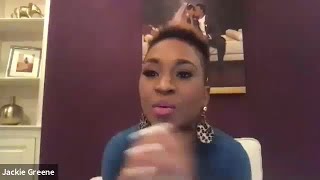 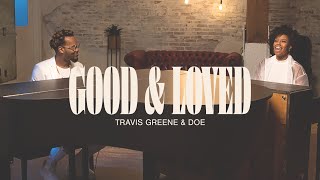 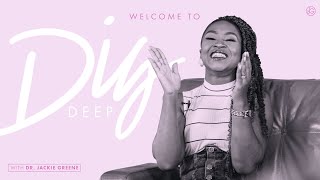 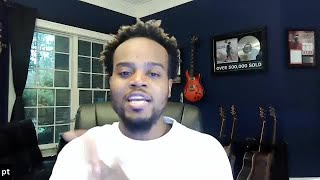 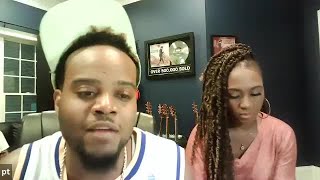