BOOKING INQUIRY
Regions
Worldwide
ABOUT
OXygen is essential to sustaining life, and that element is at the core of Thousand Foot Krutch’s new record


OXygen is essential to sustaining life, and that element is at the core of Thousand Foot Krutch’s new record

“OXygen is our lifeline,” lead singer Trevor McNevan says. “While writing, I dug deep into what ‘oXygen’ really represented. I thought about our faith, our human nature, the many different walks of life we all lead, and the fact that universally all of us breathe in and out and rely on oXygen every minute of every day to stay alive.”

Since hitting the scene in 1997, Thousand Foot Krutch has been an engine of forward motion through the music industry. In that time the prolific band has released 6 studio albums, 1 live album, and 2 remiX albums. Bending genres and styles, their songs have been featured prominently in numerous commercials, sports promos, and film trailers. Lead single “Let The Sparks Fly,” from their last record The End Is Where We Begin, could even be heard playing on ESPN, WWE, and during NASCAR races. Their music has consistently been a soundtrack for some of the most adrenaline fueled sports events, video games, and movies over the last ten years.

After nearly a decade as one of Tooth & Nail Records’ top selling artists, TFK once again blazed their own path through uncharted territory to become one hundred percent independent. The recording of The End Is Where We Begin was completely funded through a Kickstarter campaign that shattered all eXpectations and propelled the album to number one on the Billboard Hard Rock chart.

Thousand Foot Krutch’s music has always been enveloped with heat and energy. The interplay between the pulsing bass, courtesy of Joel Bruyere, and pounding drums of Steve Augustine are the backbone over which Trevor spits out some of the most rapid fire and melodic lyrics in rock and roll. While musically “heavy,” they’ve always veered more towards the funk of Rage Against the Machine while simultaneously incorporating the fast-paced, rhythmic singing of Michael Jackson circa the Bad days.

The End Is Where We Begin was not only the start of a new chapter for the band, but one of those rare albums that delivered eXactly what the fans wanted, and something that would be difficult to top.

Fast forward two years and over 250 shows, TFK reunited with Aaron Sprinkle (who co-produced 2003’s Phenomenon, 2009’s Welcome To The Masquerade, and The End Is Where We Begin) to once again co- produce alongside front man Trevor McNevan.

Trevor describes the sound of OXYGEN:INHALE as being a “natural evolution” for the band. In an era where even the nightly news can be auto-tuned, the band rejected all the studio trickery that has come to define much of modern music, rock and roll included, and relied instead on solid performances.

“We wanted to make a raw rock record,” he says. “We decided to strip away all the background sounds and popular over-production, so that what you hear are just the instruments and the voice.”

The music itself is also given room to breathe. It has the raw and organic feel of something being performed in the same room. You hear fingers sliding along the guitar fret board, the metallic ring of cymbals, and vocals that sound like they’re two feet away. The band is stripped down to the bare bones, the core elements of guitar, bass, drums, and vocals. Although there are the adrenaline fueled rock songs TFK has become known for, OXYGEN:INHALE is the first TFK album that dares to lower the volume on a few songs and allow the melodies and words to soar. Even fans that have followed the group since day one will be hearing a new side of them.

“We make music for everyone,” Trevor says, “and hopefully there’s something on this record that everyone can relate to.”

The album kicks off with the one-two punch of “Born This Way” and “Untraveled Road.” First single “Born This Way” is a barn burner of classic American rock n’ roll by way of Toronto. It starts with a few notes of slide guitar before coming in with a riff that sounds like Lynryd Skynryd and Gun N’ Roses got pushed through a time machine to the future. It’s something familiar yet completely new.

“This song is about being comfortable in your own skin,” Trevor McNevan says. “We were made to be who we are and every one of us is unique. It’s an anthem for everyone who’s tired of being someone they’re not.”

“Untraveled Road” is like marching orders set to music, complete with hand claps and vocals delivered with hip hop urgency before eXploding into a chorus that reminds of Linkin Park at their catchiest.

“Give It To Me” and “Like A Machine” are signature TFK rockers that keep the adrenaline high with some of McNevan’s finest vocals to date. He displays incredible range and agility, infusing each track with just the right tone and emotion. Songs like “Set Me On Fire,” “Glow,” and “OXygen” find the band moving in a new direction with spare instrumentation, while “Set Me On Fire” is a stadium sized song reminiscent of U2 at their most powerful.

Even the most beautiful songs like “In My Room” and “Light Up” have an energy that’s humming just beneath the surface. Whether it be the passionate vocals, the fluid bass, or the precise drumming, each song compliments the others. While the world seems to consume music in a “singles” format, OXYGEN:INHALE is truly an album eXperience. A collection of songs that once started, is difficult not to finish.

The lyrics of OXYGEN:INHALE tell a story, a narrative that reads like an open letter to the broken hearted, the lost, the abandoned and the hopeless. A call for everyone to lay down our weapons of painful words and love one another, to help each other carry the heavy burdens of life. A call to find our sameness, the things that make us all human and not what divides us.

“To me, the words are as important as the melody,” McNevan says. “The song has to say something important, to connect with the audience on a deeper level. I had this image of prostitutes, addicts, business men/women, people from all walks of life, holding up a sign that reads ‘Breathe Through Me.’ Love includes everyone. We were called to love one another, help and support one another, and to walk through life together.”

OXYGEN:INHALE is a stunning album by a band in top form, certainly the most dynamic of their career. We live in a world that breeds fear and anXiety, a massive media machine that beams news of tragedy and horror to us wherever we are. OXYGEN:INHALE is like the light at the end of a black tunnel, like taking that first long inhale after realizing we’ve been holding our breath for far too long. 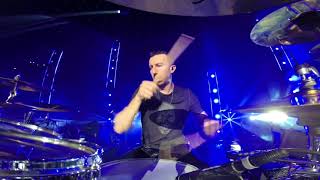 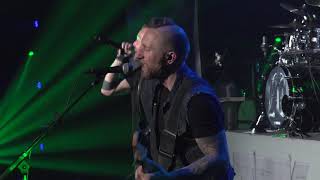 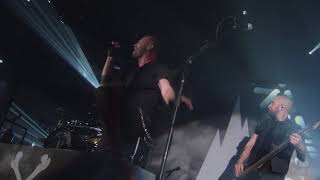 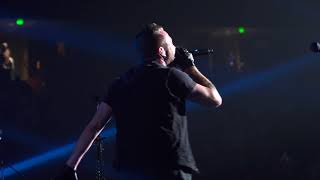 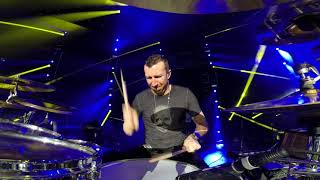