BOOKING INQUIRY
Regions
Worldwide
ABOUT
In February 2016, The Record Company released their debut album ‘Give It Back To You’ – ten songs conceived, recorded and miXed by the band in the bassist’s living room in Los Angeles. By June 2017, the trio had scored a nationwide #1 Triple-A radio hit, followed up with a second Top Ten Triple-A smash, and even a third Top 5 Triple-A hit (largely unheard of for a new artist), been nominated for a Grammy Award, and landed the opening slot on John Mayer’s first solo tour since 2014.


How eXactly did three friends go from their living room to having three top 10 hits and opening for John Mayer at Madison Square Garden in less than 18 months? “It’s about making the right choices for the songs,” says singer and guitarist Chris Vos. “Everything AleX, Marc and I do comes from our desire to write the best songs we can and make the most honest music that we can.”


The Record Company’s raw and righteous rock ‘n’ roll was unleashed on its Concord Records debut album, GIVE IT BACK TO YOU, in February 2016, which was nominated for a Grammy Award in the category of BEST CONTEMPORARY BLUES ALBUM. “Off The Ground,” the album’s first single, proved a sensation, spending two consecutive weeks as the #1 track at Triple A radio outlets nationwide – topping new songs from such superstars as The Lumineers, Red Hot Chili Peppers, and The Avett Brothers. Their single “Rita Mae Young” was the album’s second consecutive Triple A smash which cracked into the Top Ten. In the spring of 2017, they followed up with “Baby, I’m Broken,” which became a Top 5 single at Triple-A.


The Record Company’s popular success was matched with enthusiastic critical acclaim. “Caught halfway between the stomp of mid-century rock & roll and the soulful kick of Delta blues, the Record Company kick up a raw, rootsy racket,” raved Rolling Stone. “The scuzzy, 10-track set meshes the group’s biggest influences,” wrote Entertainment Weekly of GIVE IT BACK TO YOU, “the early electric blues rock n’ roll of John Lee Hooker, staccato lyrical delivery akin to The Stooges frontman Iggy Pop, and Rolling Stones-style grooves.”


The band formed in LA after a late night of hanging out as friends listening to records on their bass player AleX’s back porch with drinks in hand and speakers in the window. The spinning of a crackling vinyl copy of John Lee Hooker’s album “Hooker N’ Heat” at about 2am - coupled with singer Chris Vos’s stories of a trip to see Iggy & The Stooges at The Palladium in LA - inspired the three to get together the neXt day and jam together. That following afternoon they decided to hang some mic’s up in AleX’s living room and start recording.

“We listened to the playback that first day of recording,” Vos says, “and decided right then and there that we had to be a band.”


GIVE IT BACK TO YOU is powerful and authentic with its electric fusion of classic influences, personal songwriting, and contemporary energy. Both intimate and intense, songs like “Off The Ground” and “Rita Mae Young” are marked by The Record Company’s ambideXtrous instrumentation, built upon guitar, bass, and drums but also deftly incorporating harmonica, dobro slide, lap slide, pedal steel, piano, and anything else that might serve the music. The album was written, recorded, and miXed by the band in the same living room in Los Angeles that they formed in and did their first recordings, retaining the raw and untouched sound they strive to make.


“When recording we trust early takes, love soulful mistakes, and record much of the song together live so we can keep the vibe of the recording feeling natural and still miX it with an aim to make the speakers move” says Vos.


Long known for their incendiary live sets, the band has toured nearly non-stop in the year and a half following the release of GIVE IT BACK TO YOU. They were favorites at Bonnaroo Music & Arts Festival, prompting Rolling Stone Country to name the trio’s set among the event’s “5 Best Country and Americana Moments” while declaring it “a wildly energetic show and one of the most communal eXperiences of the festival.”

They embarked on their first ever headline tour in the fall of 2016, selling out 32 out of the 41 shows they played. That was followed up with the John Mayer tour in early 2017, which hit such iconic venues as Madison Square Garden, the Boston Garden and the United Center in Chicago. The band then immediately left for tours of Australia and Europe - and soon followed with numerous festival appearances and the band’s first ever show at the world famous Red Rocks in the summer of 2017.


What’s more, The Record Company have rocked the airwaves with a series of high profile TV appearances, including CBS’ Late Show with Stephen Colbert and CBS This Morning and TBS’ Conan, not to mention countless radio sessions and live concert broadcasts on SiriusXM, NPR’s World Café Live, and Chicago, IL’s WXRT.


The Record Company has also found themselves supporting and playing alongside a series of national and international tours and shows with a diverse group of legends and like-minded artists they admire including My Morning Jacket, Nathaniel Rateliff & the Night Sweats, Dawes, BB King, Kurt Vile and Mavis Staples.

The band lives in Los Feliz, CA and are currently recording their second album due for release in 2018. 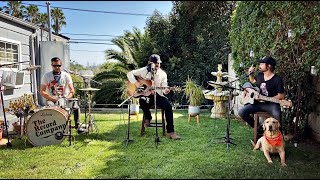 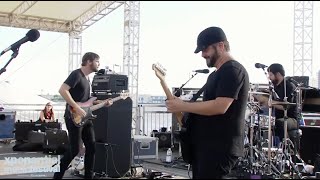 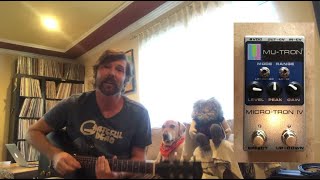 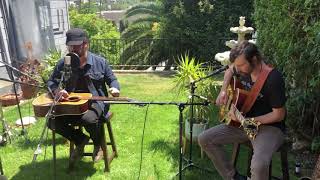 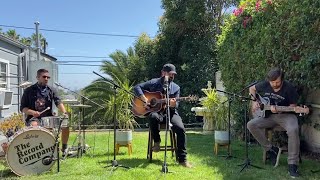