BOOKING INQUIRY
Regions
Worldwide
ABOUT
"That’s the true harbinger of spring,” legendary baseball impresario Bill Veeck once opined, “not crocuses or swallows returning to Capistrano, but the sound of a bat on the ball." This year there’s another welcome sign that spring is on the way, that baseball is about to resume its rightful place on the national stage, and that all will once again be right with the world: the new album from The Baseball Project, 3rd, hits the streets a week before the opening day of the 2014 season.
Formed in 2007 by Scott McCaughey (Young Fresh Fellows, The Minus 5, R.E.M.) and Steve Wynn (The Dream Syndicate, Steve Wynn and the Miracle 3, Gutterball), The Baseball Project began as a way for a couple of fans to pay musical tribute to our national pastime — and maybe score some free baseball tickets in the process. But The Baseball Project has since blossomed into a full-fledged, much-loved band in its own right, one which currently includes drummer Linda Pitmon (Steve Wynn and the Miracle 3, Zuzu’s Petals) and R.E.M.’s Peter Buck and Mike Mills on its official roster, and one whose following and creativity has steadily grown with each release and tour. Along with 17 ace new songs about baseball, 3rd also showcases the band’s musical muscle in ways that 2008’s Volume 1: Frozen Ropes and Dying Quails and 2011’s Volume 2: High and Inside only hinted at.
“I think this album most represents us as a rock band,” says Wynn. “Both how well we play together, and how long we’ve been playing together in The Baseball Project and in other configurations over the past 30 years. You can really feel it on this record — baseball or no baseball, it’s just a good rock record.”
3rd is a damn fine rock record, one which approaches the grand old game from a variety of intriguing angles. True legends of the game (“The Babe,” “They Don’t Know Henry,” “A Boy Named Cy”) share the lineup alongside humorous and heartfelt salutes to lesser-known players like “Pascual on the Perimeter,” which recalls the time Atlanta Braves pitcher Pascual Perez got lost on the way to a game at his own team’s ballpark, and “Larry Yount,” which salutes the older brother of Hall of Famer Robin Yount, who hurt himself throwing a warm-up pitch during his first and only MLB appearance.
Those with less than savory legacies are present on 3rd, as well. World Series hero and convicted felon Lenny Dykstra gets nailed in “From Nails to Thumbtacks,” while “13” skewers disgraced slugger Alex Rodriguez, and “They Played Baseball” rattles off a whole rogues gallery of major league stars with all-too-human foibles. 3rd contains songs written from the perspective of the stat geek (“Stats,” where the lyrics consist entirely of legendary baseball numbers), the collector (“The Baseball Card Song”) and the diehard Dale Murphy fan (“To the Veterans Committee”). There’s even a song about that infamous 1974 game where Pittsburgh Pirates pitcher Dock Ellis tried to bean the entire Cincinnati Reds lineup (“The Day Dock Went Hunting Heads”).
“We don’t have any rules about what constitutes a baseball song,” McCaughey explains. “It can be anything from a character study of an obscure guy from the 1920s, to something that just happened, to something completely ridiculous like ‘Extra Inning of Love,’ which takes the baseball-as-love metaphor and tries to stretch it as far as it will go. They can be fictional songs or non-fictional songs. The great thing with baseball is, we’ll never run out of things to write about!”
3rd ends with a rousing version of “Take Me Out to the Ball Game,” the Tin Pan Alley classic that The Baseball Project has performed during numerous seventh-inning stretches at major and minor league ballparks across the country. While McCaughey's not sure what actual present-day players think of the band, The Baseball Project has found a deeply receptive audience amongst baseball writers, broadcasters and team executives.
“A lot of the assistant GMs or PR people for baseball teams are of the age where they could have been fans of The Dream Syndicate or the Fellows or R.E.M.,” explains McCaughey. “Over the years, they’ve gotten up to having a cool job, and they hook us up. It’s panned out pretty well,” he says, citing behind-the-scenes tours at the Baseball Hall of Fame and Boston’s Fenway Park among his favorite Baseball Project-related experiences.
“We have a lot of fun in this band,” adds Wynn. “All five of us have had plenty of thrills in music over the years, and experienced things we couldn’t have imagined when we were twenty years old, but this band is a whole different thing. When I was making music in the basement as a kid, I had thoughts of maybe someday playing the Whisky A Go Go, or getting played on the radio — but I never imagined getting to throw out the first pitch at Wrigley Field!” 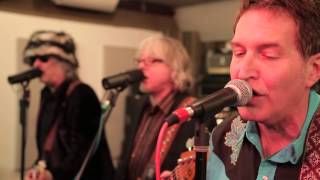 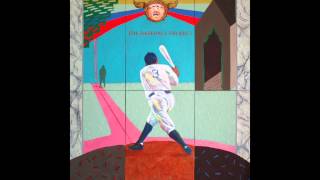 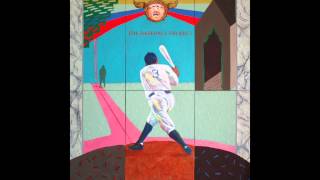 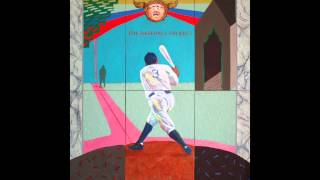 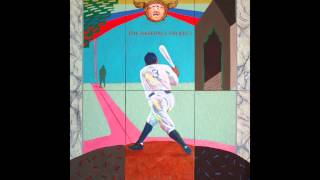