BOOKING INQUIRY
Regions
Worldwide
ABOUT
Seven days. Seven guys. 22 acres. That’s what it took to craft the 11 tracks on Shane & Shane’s new album, Bring Your Nothing (Fair Trade Services). The two longtime friends and business partners recently purchased an old house that sits on 22 acres in Cedar Hill, TeXas—a suburb of Dallas—and have turned it into a recording studio they call Wellhouse Studios.


For Bring Your Nothing, they set up a variety of instruments throughout the house and miked every room. Then, they invited a group of friends to join them: Jason Hoard (Third Day), Tyler Chester (Fiction Family), Josh Moore (Caedmon’s Call) and Shane & Shane’s drummer, Joey Parish. For seven days, the talented musicians shared meals, conversation and time together playing, singing and recording. The songs were tracked with all of them playing simultaneously in one room.


“We had guys who were amazing players and great friends, and we just put it in the red and went for it,” shares Shane Everett. “This is how people should make records. It was the most fun we’ve had. It was a blast!”


After the seven-day retreat, where most of the actual recording was done collectively, Shane & Shane continued to tweak the tracks, taking on all of the production responsibilities themselves to create an album that boasts musical diversity but also a cohesiveness stemming from the unique recording process.


Lyrically, the songs were born out of Shane & Shane’s weekly songwriting class where they teach students songwriting principles and theology. Shane Barnard challenges his students to write a new song based on that week’s topic of study, and he stretches himself by doing the same.


The songs from his class comprise the DNA of Bring Your Nothing. And it was the faces of his students Barnard envisioned as he put pen to paper. “Songwriting has been a special thing, because it’s not just about me,” he eXplains. “When I’m writing songs, instead of thinking of myself, I’m thinking of John, Heather, Jacob...I’m thinking of these students, [thinking] ‘Lord, what do you want to say to my students? I want them to know You, and I want them to see You in a way that makes a platform and a song stupid. You crush those things. Those things pale in comparison to You.”


Barnard’s others-centered focus resulted in a collection of songs that are honest, heartfelt and accessible. “In the last three years, I haven’t written for a record at all,” he confesses. “I’ve just written as a part of my life, just because I kind of have to—I told them I would.”


Despite more than 500,000 units sold, multiple Dove Awards and a long list of A-list tour slots, musically, the cuts on Bring Your Nothing are some of the most creative of the duo’s 15-year career. Look no further than the title track, based on Isaiah 55. Although Barnard originally wrote the tune on a mandolin, the song contains a Stevie Wonder groove accentuated by colorful horns played by a brass section currently on tour with Jason Mraz. Lyrically, the song speaks to what we have to bring to Christ—absolutely nothing.


“What sets us apart as believers, what sets our message apart, is that you don’t bring your ‘fill-in-the-blank’ to make God happy,” Barnard says. “You bring what you have, and what you have is nothing. That’s all He requires of us.”


Bring Your Nothing is filled with ardent confessions, convicting questions and, oftentimes, even confrontational declarations. The Shanes wouldn’t have it any other way. They don’t waste time mincing words. “If we believe what He says and His Word, it is an offensive Gospel to the bent of the heart, because we don’t love people like that. It is against our nature to love people like that,” Everett contests.


A theme of grace weaves its way through the track listing. “The One You’ll Find” finds a simple lyrical home set to a Mumford-esque melody. The sparse “You Loved My Heart to Death” paints a realistic portrayal of Christ’s death, burial


and resurrection. “Without Jesus,” taken from 1 Corinthians 13, reminds listeners the best things in life mean nothing if

Christ is not in them. Barnard calls the intense “Crucify Him,” depicting our contradictory tendencies, “brutal.” The powerful “Faith to Believe,” which Everett wrote with Phil Wickham after noticing the beauty of the clouds on a plane ride, is ultimately about how our perspective shapes our circumstances.


But it’s the pop-infused radio single, “That’s How You Forgive,” that defines grace in a straightforward but powerful way. “It’s just a Gospel song,” Everett eXplains in reference to the lyrical simplicity. “It really resonates with [people’s] hearts, especially if they know the Lord. And if they don’t, it walks them through how the Lord forgives. He came, and He died for us, and He rose to life; and we get raised with Him.”


These days, that simple, profound truth is the driving force behind all of Barnard and Everett’s decisions, both personally and professionally. The pace is slower and the direction is clearer. The men are simplifying their lives by pairing down, enabling them to stay rooted in their community and church and to be home more with their growing families. Everett has two daughters, and his wife is eXpecting a third in June; while Barnard has two girls as well with singer-songwriter wife Bethany Dillon. They have reduced 150 tour dates from last year down to 80. In addition to their weekly classes, they also lead worship at The Porch, a Bible study for 20 and 30-something singles.


“We’ve been in a season of just really coming back to the Gospel and guarding the trust of our hearts and our bandwidth as believers to try to put an emphasis on fostering the heart that loves Christ more than stuff,” Everett reveals. “In light of that, the shows are better, and the ministry’s better. I feel like our relationship as a team—the Shane & Shane team—is healthier. We’re tapping into the Source more. Time with the Lord has really enhanced every area of our ministry and family life. I feel like it’s spilt over into the music.”


“I actually feel like the Lord’s really called Shane and I to speak [our] message to the church a lot more than to the un-churched,” Barnard adds. “Eighty dates is doable, and we do feel called to still have a voice in that way, but the voice isn’t more important than [our] daughters.”


As for where their music lands, Shane & Shane are unapologetic about their message, and in the end, while they hope Bring Your Nothing resonates with numerous hearts, they’re satisfied with the impact the songs have already had on their students.


“At least I have eight students who are being blessed by songs,” says Barnard. “That’s good enough for me.” 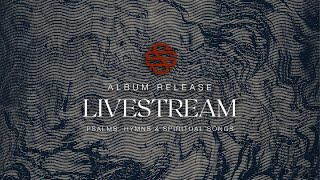 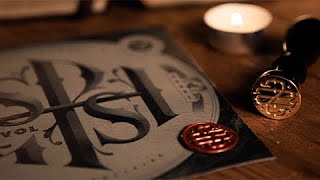 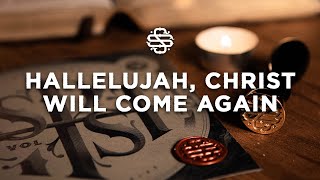 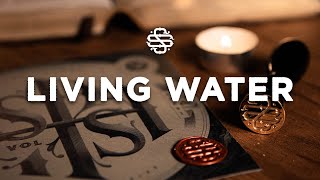 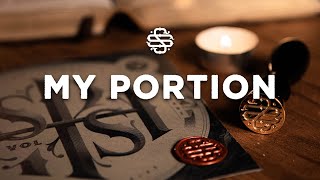