BOOKING INQUIRY
Regions
Worldwide
ABOUT
RAM DASS – Jewish born, Richard Alpert was a leader in the 60’s psychedelic movement with Timothy Leary, a best-selling author for his seminal book on Eastern philosophy and spirituality, “Be Here Now” in 1971, a New Age guru and proponent of spiritual methods and practices, yoga, meditation, Buddhism, and Sufi and Jewish mystical studies, who became a counter- culture icon and major influence on the post-60's generation.

"It was profound. It transformed me and many of my friends."- Steve Jobs

Inspired the lyrics to George Harrison's song "Be Here Now", and much of the music on his album, "Living in the Material World."

Born on April 6, 1931 into a Jewish family, Richard Alpert, would go on to study psychology receiving his PhD from Stanford University.

In 1961, while teaching at Harvard as Dr. Richard Alpert, explorations of human consciousness led him, in collaboration with Timothy Leary, Ralph Metzner, Aldous Huxley, and Allen Ginsberg, to pursue intensive research with psilocybin, LSD-25, and other psychedelic chemicals.

Out of this research came two books: The Psychedelic Experience (co-authored with Leary and Metzner, and based on The Tibetan Book of the Dead, published by University Books); and LSD (with Sidney Cohen and Lawrence Schiller, published by New American Library).

Because of the highly controversial nature of their research, Richard Alpert and Timothy Leary became personae non-grata and were dismissed from Harvard in 1963.

Tim Leary and Alpert then went to Mexico, ate mushrooms, and went from being academics to counter-culture icons, legends in their own time, and young at that. Psychedelic work turned out to be a prelude to the mystical country of the spirit and the source of consciousness itself. Mind expansion via chemical substances became a catalyst for the spiritual seeking which led him eastward to India in 1967.

Everything changed then – he met his guru, Neem Karoli Baba, affectionately known as Maharajji, who gave Ram Dass his name, which means “servant of God.” His intense dharmic life started, and he became a pivotal influence on a culture that has reverberated with the words “Be Here Now” ever since.

Since 1968, Ram Dass pursued a panoramic array of spiritual methods and practices from potent ancient wisdom traditions, including bhakti or devotional yoga focused on the Hindu deity Hanuman; Buddhist meditation in the Theravadin, Mahayana Tibetan, and Zen Buddhist schools, and Sufi and Jewish mystical studies.
In 1971, Ram Dass released his monumentally influential and seminal work Be Here Now, describing his spiritual transformation. It still stands as the highly readable centerpiece of Western articulation of Eastern philosophy, and how to live joyously a hundred percent of the time in the present, luminous or mundane. After his trip from India, drugs would no longer serve as a key part of his life.

Ram Dass began a talk radio program in 1996 titled, “Here and Now with Ram Dass” with seven pilot programs airing in Los Angeles and San Francisco Bay area. The show did not officially launch as Ram suffered a stroke on Feb 19h 1997. His Here and Now podcast (over 100 episodes) lives on today at Ram Dass’ Be Here Now Network.

The after-effects of the stroke once again changed his life, but he was able to resume teaching, writing and sharing his heart.

He moved to Maui, HI in 2004 and began hosting personal and public retreats and events for spiritual seekers, continuing his long-standing legacy of sharing his heart and life with anyone who wanted to access his teachings and his heart.

His most recent books included Be Love Now (2011), Polishing the Mirror: How to Live from Your Spiritual Heart (2013), Cookbook for Awakening (2017), Walking Each Other Home (2018), and Changing Lenses: Essential Teaching Stories from Ram Dass (2018)

Ram Dass and his works helped to create a handful of non-profit foundations. He started the Hanuman Foundation which meant to embody the spirit of service inspired his Guru. This laid the groundwork to establish others – the Prison-Ashram Project (now called the Human Kindness Foundation) helped prison inmates grow spiritually during their incarceration; the Dying Project (now

called the Living/Dying Project) helped many bring awareness and compassion to the encounter with death; Dying Center in Santa Fe, the first residential facility in the United States whose purpose was to support conscious dying; the Seva Foundation supports programs designed to help wipe out curable blindness in India and Nepal, restore the agricultural life of impoverished villagers in Guatemala, assist in primary health care for American Indians, and to bring attention to the issues of homelessness and environmental degradation in the United States, along with other nations. 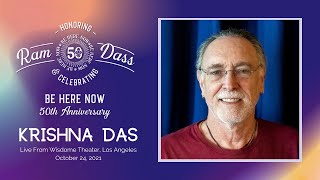 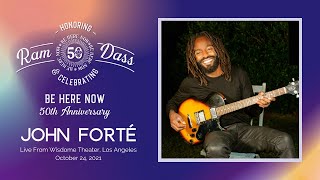 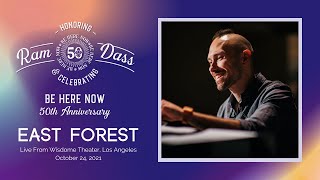 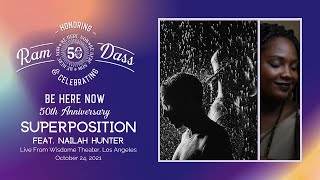 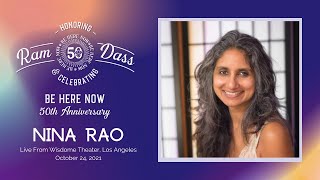