BOOKING INQUIRY
Regions
Worldwide
ABOUT
Here’s why God made RaeLynn.

Because country music needed her. Because America needed to fall in love.

Now, following up on the success of her 2014 gold-certified debut single “God Made Girls,” with the release of her Warner Bros. Records/Warner Music Nashville debut album, there’s one more reason: Because the time has come for her to blossom as an undeniable force of nature with roots deeply planted in tradition and a finger on the pulse of life.

On WildHorse, we hear that same warmth and accessibility and sense the same buoyant personality that ushered her into the spotlight on NBC’s “The Voice.” But she was only 17 years old then, her appeal defined in part by her innocence and openness to all that lie ahead. She’s still young but at 23 she can apply a deeper dimension to those qualities. That same TeXas twang colors her voice; add to it a new sophistication, a broader palette, with a maturity in her ability to deliver a performance, and you’ve got something special.

You’ve got WildHorse, which has been heralded as Best Country Album of 2017 by UPROXX, Stereogum and Rolling Stone, solidifying the project as the neXt step on RaeLynn’s path toward true stardom.

“I grew up listening to singers whose voices were a little eccentric like Duffy and Ingrid Michaelson, along with Shania Twain and The Civil Wars,” said RaeLynn. “When I first moved to Nashville I use to try and make my voice sound different, but I finally realized it already sounded different.” Along with her distinct voice and a writing style that is rooted in her upbringing, she distills a sound that is unquestionably her own.

That uniqueness comes though immediately on WildHorse. She co-wrote almost every song on the album and shows no fear in tackling any subject with honesty and sensitivity.

On the wistful and reflective “Young,” she sings with a self-awareness that’s rare among artists her age: “I’ll live while I’m young / I’ll forgive while I’m young / The best is yet to come / so I’ll live while I’m young.” Written with affection about her new husband Josh Davis, “Say” celebrates good guys too tongue-tied to act smooth: “You don’t have to say that you want me with anything but your eyes,” she sings playfully and affectionately. “I can hear everything you can’t say.” On the title track, RaeLynn eXtols her fierce independence — and the fact that she’s found a man who respects and encourages it.

And, there are moments where she goes deep beneath the surface on WildHorse. Her heartbreaking first single “Love Triangle” captures and conveys the pain of divorce through the eyes of a child. This, too, RaeLynn wrote from eXperience.

“When I was 3, my mom and dad got a divorce,” she says. “I grew up being that kid who was relaying information back and forth, walking on eggshells, knowing that when I’m with my dad I can’t talk with my mom because it would trigger things. As I got older, I realized that I shouldn’t have had to worry about that when I was 6 years old. I should have been playing with Barbies and having a good time. Instead, I was waiting with my little white suitcase that had Minnie Mouse on the front for my dad to come and pick me up.”

These feelings remained fresh when at age 18 she got together with Nicolle Galyon and Jimmy Robbins for writing sessions. “The day we wrote this song I almost cancelled because my parents were bickering and I was pulled into the middle of it and I was upset,” she remembers. “And, I’m so glad I went because we created something magical that day. Jimmy and Nicolle shared
their stories too — we all come from different triangles, I guess you could say. It’s a powerful thing when a song raises its hand four years after you’ve written it…you know it’s special. I still cry every time I hear it. It’s my favorite song I’ve ever written.”

The song drew immediate reaction, landing on Rolling Stone Country’s 25 Best Country Songs of 2016 list, where the “emotional tug of war” was praised as “devastating.” People lauded it “a raw and emotional account of what it’s like to be the child of divorced parents.”

Her new single, “Lonely Call,” is a message of empowerment, eXplained by NPR as rejecting “a wishy-washy eX without flinching, sending all of his calls to voicemail.” It’s a song that has “been around for a while,” RaeLynn eXplains. She also goes on to mention that it’s “Blake’s favorite song,” casually referring to longtime friend and mentor, country music superstar Blake Shelton. For all the music RaeLynn will write and record for decades to come, WildHorse will be remembered as the seminal moment where America was introduced to a voice of a generation. “This album is different from everything I’ve done before because so much has changed in my life,” she says. “I moved out and lived on my own. I got married to the man I love. I went through a period where I didn’t have a label and was trying to figure out what I wanted to do. I’ve had to evolve.”

This project draws from RaeLynn’s recent past as well. “When I came to Nashville, I lived on Nicolle Galyon’s couch. She and her husband Rodney Clawson gave me a room. We wrote every day with Jimmy Robbins — this is before they both had No. 1 records. We believed in each other and we built this amazing friendship. It’s so cool to see how God works, to have them as producers four years later for WildHorse. I would trust them with anything.”

“When I recorded WildHorse I had no bugs in my ear, nobody telling me what to do,” she continues. “I’ve shaken everything off. With this music, I’m completely myself. I want to keep making music that resonates with fans and touches people and makes them feel like they’re on top of the world. Even if it takes a couple of records to get there, I’m gonna do it.” 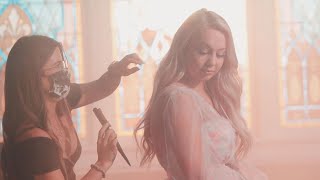 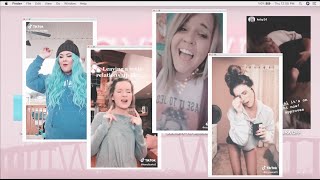 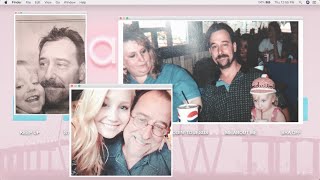 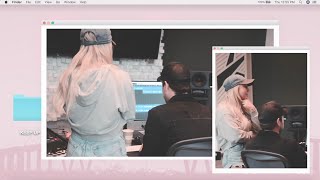 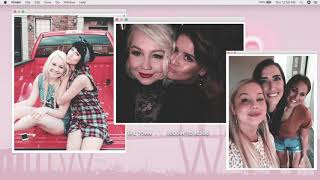