BOOKING INQUIRY
Regions
Worldwide
ABOUT
Mako is the creation of Los Angeles-based producer/singer/songwriter/composer Alex Seaver. Originally founded as an electronic duo, alongside former member Logan Light, in 2011, Mako today operates as a one-person act that spans the worlds of alternative pop, indie rock and electronic music, with Seaver leading the way as the sole producer, songwriter, frontman and creative force behind the project. Mako now enters 2019 with a refreshed vision of its ever-evolving sound, as heard on new single “Coyote,” out April 5 via Ultra Music.

“Coyote” is a hauntingly beautiful track that unfolds like a Pandora’s box of sound. Layered with dissonant guitars, Seaver’s digitally warped vocals, organic electronic elements and tripped-out drum patterns, “Coyote” weaves in and out of driving yet minimalistic rhythms, cinematic orchestral instrumentation and atypical arrangements and time signatures rarely heard in electronic- and pop-based music. At times, the muted bass borders on IDM, the synths flirt with experimental electronica and the ethereal keyboards edge toward ambient territory, creating a soundscape that’s dark, chaotic and stunning all at once and ultimately impossible to categorize. That’s a deliberate move on Seaver’s part.

“I can’t imagine the song fitting easily into any existing box of music,” Seaver says of “Coyote.” “You’ve got the tenants of what makes my music mine, like orchestral and cinematic elements playing through it, my voice and my sensibility of songwriting, which is more pop-melodic, but with melancholic lyrics. But then the song just goes off into the woods for a while. I can’t properly describe what this track is in less than a monologue, but it’s probably one of the things I like most about it.”

Altogether, “Coyote” gives fans and listeners a first glimpse into Mako’s new creative direction, which Seaver will explore in his forthcoming album, Fable, scheduled for release in fall 2019 via Ultra Music. As the lead single off the album, “Coyote” represents pure creative freedom for Mako. As Seaver tells it, both “Coyote” and Fable were born out of a phase of artistic stagnation and creative frustration. “Coyote” is thus his reprieve: He abandons all concepts of genre restrictions and fully immerses himself in a state of mind that allows him to create art for the sake of art.

“I went completely off the grid for a couple months. I didn’t want anybody to bother me about singles or about follow-ups or anything—I just wanted to create,” Seaver says of the process behind “Coyote.” “The song made me realize this is where I’m supposed to be going. The end result is 100 percent me.”

“Coyote,” and Fable as a whole, combine all of Seaver’s experiences across his extensive artistic journey as Mako, which has consistently evolved throughout the years. A graduate of the lauded Juilliard School in NYC, Seaver launched his musical career playing the French horn in Carnegie Hall as part of the Juilliard Orchestra. After forming Mako, with then-partner Logan Light, he began to release originals and official remixes with EDM giants like Sander van Doorn, DubVision and Avicii. He also co-wrote “I Just Can’t,” from electronic star R3HAB, which became the artist’s biggest single to date.

Mako soon broke into the mainstream with Hourglass, their 2016 debut album for Ultra Music. Hourglass, which mixed elements of pop, indie rock and dance music, marked an artistic shift in the Mako sound, one of many to come, which saw Seaver moving away from dance floor-centric music toward a more electronic-pop sound. Hourglass included Mako’s 2015 breakout single “Smoke Filled Room,” which dominated pop and dance radio and topped the Billboard Dance Airplay chart; to date, the track counts +40 million combined Spotify streams.

As Mako, Seaver has also crossed into TV, film and video game music scoring. Since 2015, he’s worked closely with world-renowned video game developer and publisher Riot Games, an ongoing relationship that has resulted in a number of collaborative projects, the first of which was their remix of “Piercing Light,” the theme song for the global video game League of Legends. Seaver then co-wrote and co-produced “Legends Never Die” by Against the Current, the official theme song for the 2017 League of Legends World Championship, in addition to singing on the remix version from Alan Walker.

In September 2018, Mako released “RISE,” a collaboration with the Glitch Mob and the Word Alive, which was the official theme song for the 2018 League of Legends World Championship and has since garnered +107 million YouTube streams. Seaver was also the lead vocalist for the performance in Seoul, South Korea, in November 2018. Most recently, Mako co-wrote and co-produced the League of Legends release “Awaken,” featuring Valerie Broussard.

On the live front, Mako has played numerous high-profile festivals, including Lollapalooza, EDC Las Vegas, TomorrowWorld, Electric Forest, Electric Zoo and more, in addition to multiple club tours. In 2018, Mako launched a 33-date North American tour, which featured a brand-new live show reimagined as a four-piece band comprising Seaver on vocals and keys, a guitarist, a violinist and a drummer. The tour, the act’s debut US headline trek, marked Mako’s first full-fledged show as a performing unit and garnered sold-out audiences and critical acclaim. Plans for a forthcoming 2019 tour, featuring a new rendition of the live touring band, are underway.

As Seaver yet again enters a new phase in the sonic evolution of Mako, he does so with a bright outlook on what lies ahead. 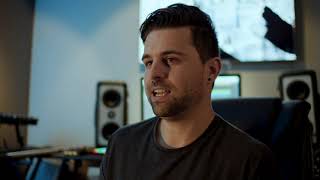 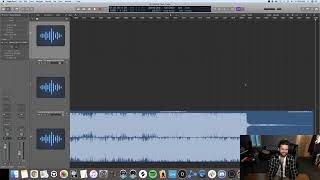 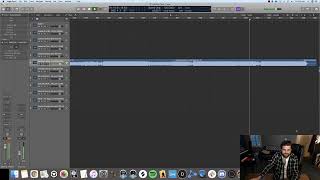 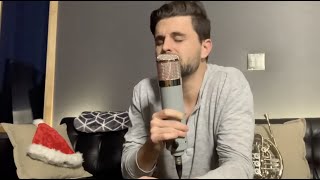 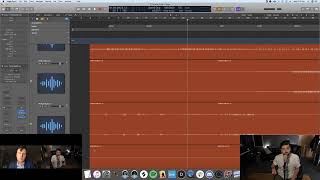