BOOKING INQUIRY
Regions
Worldwide
ABOUT
Lary Over is a Latin artist born in the cradle of urban music, Puerto Rico. The artist has positioned himself as one of the pillars and founders of the underground genre that today generates millions for the industry. In just under 2 years, the young composer has created a global movement based on a solid fan base, his unique style, and staying true to his personality.

Lary Over showed an inclination for music from an early age, participating as any aspiring singer in his school’s musical functions. The childhood influences of being raised solely by his mother in an urban neighborhood that at times lacked safety and resources shaped his artistic point of view, and it also helped him remain grounded and focused on his goals.

After signing an exclusive recording deal with the independent record label, Carbon Fiber Music in 2016, Lary Over released international hit songs like “Diabla Remix”, “Si Te Busco” “Medusa” and “Solo”, which helped him build a strong fan base. Today, over 2 million fans support the “joker” movement. “Tu Me Enamoraste”, “A Ella Le Encanta”, and “Snapchat” are just a few of the songs that gained him recognition in the streets early on.

In 2017, Lary Over released multiple hits and had countless performances across the United States and Latin America. The artist was the Opening Act on Farruko’s North American Tour, “TrapXFicante”. That same year, Lary embarked on a solo trip throughout different countries in Latin America and Central America, where thousands of fans greeted him enthusiastically, joining the “El Wason” movement.

Lary Over kicked off 2018 with a successful tour in Europe, and the release of his highly anticipated debut album on March 2 titled “El Wason BB”, a true statement to the movement of this energetic showman. The album was positioned #1 on the Top 5 Albums of Apple Music in Dominican Republic, Honduras, Colombia, Venezurla, El Salvador, Chile, Guatemala, Venezuela and Bolivia. “El Wason BB” also became one of the leading 20 albums of Billboard’s Top Latin Albums chart. This album definitely shows Lary’s talent as an artist and composer.

After the success of his album release, Lary collaborated with recognized Colombian artist Sebastián Yatra in his single “Por Perro”. The song reached the #1 spot on Spotify in different countries, and also dominated radio charts. “Por Perro” surpassed 251 million views on YouTube, and was on the Top 20 of the Urban charts in the United States according to radio airplay monitoring system BDS.

Lary also released a single titled “Sola” which has garnered over 30 million views on Youtube to-date. Additionally, he toured alongside Farruko during the “Farruko World Tour 2018.” During this tour, the artist was able to share his talent and charisma with fans in various countries while they sang ecstatically to his contagious records.

Most recently, Lary released his latest single titled “Súbete” in collaboration with renowned Dominican artist, Lírico En La Casa. The video was filmed in the Dominican Republic and garnered more than 1 million views just 24 hours after its release. Currently, the video counts with over 15 million views on YouTube. [September 2018]

After captivating fans during multiple important performances throughout Latin America, Lary is gearing up to kick off his tour in the United States, “El Wason BB USA Bus Tour”, during which his fans will be able to enjoy all of his latest hits. The tour is kicking off in October and will last until November.

Lary Over is undoubtedly the most exciting urban artist of our time. His personality makes him a giant on stage and his hits, which have garnered millions of streams and views on digital platforms, create an environment of dance and joy for millions of fans worldwide. As of today, the artist counts with a fanbase of over 4 million followers.
Expand
Social Feeds 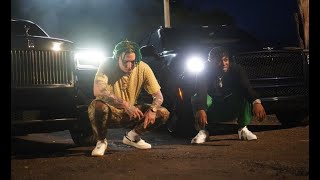 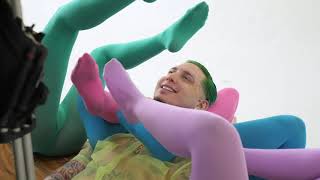 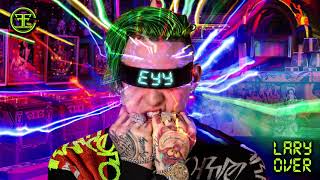 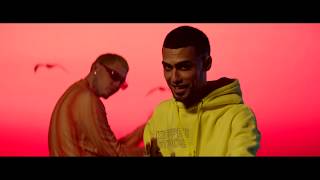 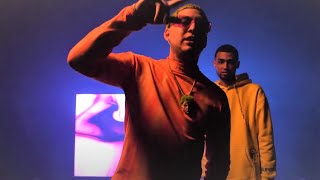