BOOKING INQUIRY
Regions
Worldwide
ABOUT
Jackson Dean is not afraid to be a man. In a world of dudes, guys, bros and other sundry Y chromosomes, he’s more interested in the old school, get the job done and don’t do a show about it way of inhabiting his skin. Easy, slightly worn, very comfortable in his own body – and his destiny, the lanky guitarist/vocalist from Odenton, Maryland was raised by a hard-working contractor father who listened to news on the radio in the morning and music on his way home in the afternoon.
While he played all kinds of varsity sports, it wasn’t until he picked up a guitar and started trying to find some chords that music stuck. But once it did, there was no looking back for the youngest of four siblings, including a sister, one brother who sailed people’s boats all over the world, and another brother who was overcoming troubles as a youth.

“My dad’s a man’s man,” Dean says. “When he walks in a room, he has a presence somewhere between John Wayne and Russell Crowe. I learned from him that every young man wants to be the bad ass. But like my dad taught me: You don’t have to say it all the time, lead by example.”
That example saw the midteen selling out the Rams Head in Annapolis three times, packing 800 into the 650 capacity Union Jacks and drawing the heads of the William Morris/Endeavour to Maryland, wanting to know what was going on with the gritty, no frills rocker with the decidedly Southern bent.
“I grew up raising hell at the same places Brothers Osborne were,” explains the charismatic songwriter. “To have 800 people slammed in a bar, from all different walks of life in a place that’s social, you know? For that one moment, everybody’s so focused, so lost in the music. “I saw how it captured people. Everybody’s looking for an escape, and (music) was an escape for me, too. It wasn’t an ‘a-ha moment,’ but something undeniable.”

Like so many Gen Zs, Jackson experienced a social media explosion, then a year or so of living flat wide open. Still I Ain’t No Saint, the indie ep recorded with the band back home in a Baltimore row house, convinced Arturo Buenahora – at WME’s Jay Williams’ urging – to take a chance on the kid. Little Louder Publishing surely suited a young songwriter who found the tough side of tender. And an opening slot for Grammy-nominated cowriter and co-conspirator Luke Dick saw a flood of hard record company offers.

“That’s when the wining and dining began,” Dean allows, laughing. “My dad printed all four offers out, put’em on his desk. They were like four phone books. Nothing like that had ever happened to someone from where I’m from.”

Swagger aside, Dean was living in a cinderblock, concrete floor one-room shack on the back of his grandfather’s property. No heat, no plumbing, but a whole lot of freedom, a girl who’s celebrated in “Don’t Take Much” and the promise of what lies ahead. No stranger to hard work, when the gears started falling into place, he’d fly into Nashville at 8 a.m. on Monday, write songs for three or four days, sleeping where he could, then fly home on Thursday, rehearse as needed, play shows Friday and Saturday, Sunday if possible, then start it all over again.
“Living in that shack was hard, but I was living on my own, going to work when everyone else was going to school. It felt like another big step, a really big step to grow up a little bit more... and there are experiences I took from there most people who come after me will never know or understand.”
Laughing about “Don’t Take Much” and its Shovels & Rope kind of vibe, Dean recognizes that beneath the youthful shine, that song contains the inevitable reality facing all music men. At a point, if he had the talent, Nashville was going to take him away. Whether the haunted “Fearless,” which tethers the kryptonite of love for the power of good, the stark “Wings” that paints the razor’s edge of falling and flying or the sweeping tortured grasp of “Love You Any More,” Jackson Dean mined the emotional ballast that comes from wanting, knowing and realizing sometimes letting go is the only option.

“Well, ‘Fearless’ shows you the vulnerability of a man in a way that’s not pounding your chest,” he begins, unpacking his songs’ truths. “Until you get to the end of that chorus, you don’t even know what kind of song it is. And what’s funny is the wild side is nothing compared to how scary the vulnerable side can be.”

“I was raised to do what needed to be done, whether your heart could stand it – or not. It’s doing the hard things sometimes. I’d been living on the back of my grandfather’s house with a girl I knew from school. It was always, ‘Am I gonna stay? Do I have a shot at this?’ I don’t think (leaving) is something I’ll ever forget; I cried all the way ‘til I got to Virginia because having a heart that tries to do the right things, that wants the unattainable, that’s a lot to carry.”

Being willing to handle whatever may come has served the 20-year old well. With a maturity beyond his years, he’s written in fast rooms and recorded with some of the best Music City has to offer. Of the process of getting music to tape, he says, “It was pretty much me and Luke’s baby. We had Kenny Greenburg (Buddy Guy, Allison Moorer, Grace Potter) on guitar, Fred Eltringham (the Wallflowers, Kacey Musgraves) on drums and Eli Beard (Shania Twain, Rayland Baxter) on bass. Lean, but what the songs need. It’s pretty simple if you listen. Luke was a philosophy professor in New York. He’s had bands, written big hits with Miranda Lambert and Eric Church. His demos and his equipment aren’t like anybody else’s. It’s super-raw and weird, just what the song calls for. To me, that’s everything.”

Certainly, it allows for the terse “Don’t Come Looking,” a Clint Eastwood bit of ballast that
suggests gone is sometimes meant to be. With a first verse that rolls out, “I gotta head full o’ noise/
Bout a hundred different things I’m tryna avoid / I gotta mind in the gutter/ Trouble on one hand,
a beer in the other/ I got my windows down and my fingers crossed/ Just looking for a brand new
way to get lost...,” he captures the existential realm of man against inertia. Nothing to prove, but
no reason to surrender to the mundane or boring.

“It’s just so bad ass,” he half-teases. “It’s something I used to say to my Mother, when I’d head out into the woods – very Daniel Day Lewis in ‘Last of the Mohicans.’ Me and Luke were looking
for something, and we hadn’t really written a ‘hit.’ We were sitting there with our guitars, we had the vibe and I said that. As soon as I did, he said, ‘Yeah, lets write that.’”
In a world where writing appointments dissolve into conjuring what might happen, ideas of what fun looks like or other stereotypes, Dean isn’t guessing. Writing both independently and alongside outliers like Dick, classic writers like Casey Beathard and everyone in between, he’s trying to figure out how to capture the granular reality of the life he’s lived without dropping into cliches or bloated bravado.

The result is a kind of Country that’s rough on the outside, seeking when you listen and grounded in real instruments played with a sense of purpose. Not one to apologize for where he’s been or what he’s done, his best songs, life, memories are ahead – and everything he sings or brings to the table is about showing people how real music can be.

“I really wanna see how far I can push myself, how much I can endure,” he offers, trying to define his goals. “I wanna know how much I can do before I die, because a fear of not living a full life haunts me most of all.”

Somehow, listening to the songs on Jackson’s self-titled debut collection, there’s no inkling that’s a possibility. Turn it up, roll down the window and start thinking about where Jackson Dean’s next adventure might lead. 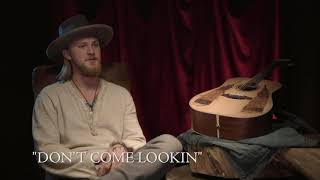 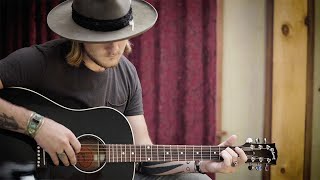 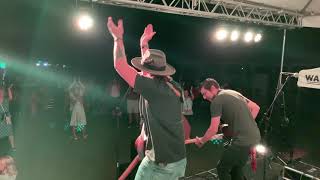 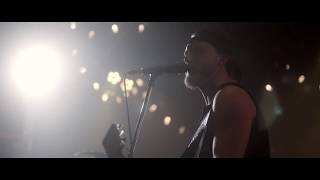 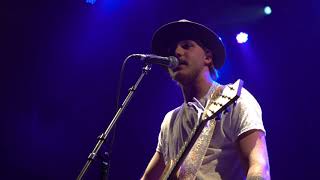