BOOKING INQUIRY
Regions
Worldwide
ABOUT
Sometimes it takes a road trip out to the Left Coast to figure out what you want.

Like most 20 year-olds leaving their nest and entering the real world, Hollyn has spent much of the past year laboring over that internal quest.

Unlike most 20 year-olds, she did it while spending much of that time performing a No. 1 hit radio single nightly in packed arenas worldwide, and amassing new fans like the Midwest collects snowfall in January.

“I’ve had to grow up a ton—quickly,” Hollyn recollects. “One season, I’m a typical teenager living at home; the neXt, I’m moving to Nashville, managing my own business and spending weeks at a time on a tour bus; all the while trying to figure out if music is truly what God’s called me into.”

And if music was, in fact, her calling, would the Columbus, Ohio-born pastor’s kid be free to eXpress her true heart, even if the content wasn’t typical for a Christian pop artist? Could she get away with writing and singing about real-life stuﬀ that mattered to her, like boys…loneliness…social life…on the platform that she was so grateful to be given?

Hollyn basically initiated her artist career on a rigorous 40+ date American tour, followed by a handful of shows overseas, supporting her mentor, producer and Gotee Records’ label head TobyMac. As the dust settled on tour life for a bit, she transitioned into processing through her debut album while heading West for a short run of first-ever solo shows in Summer 2016.

“I started thinking about writing my album on that trip, and it hit me how insecure I was with the lyrical direction I wanted to take it. I wasn’t confident that it was OK to share what was really on my heart,” Hollyn says. “Even with a great support system around me, no one else—not my family, the team at Gotee…friends—could make that decision for me. There was no real agenda of what kind of album I needed to make. They left it up to me to decide what I wanted.”

A single run through Hollyn’s debut full-length album One-way Conversations should make it clear she ultimately came to a firm resolve. With co-writers/producers Bryan Fowler, Dave Lubben, Wit & 42 North, Cole Walowac of Capital Kings and Toby McKeehan helping bring her thoughts to life, these ten songs culminate into an earnest snapshot of Hollyn being herself: a young woman working out life with God, relationships, artistry, and career.

From the first track and lead radio single “Can’t Live Without”—born out of that momentous trip to California, Hollyn wastes no time getting real. “The album needed to start with most important thing to me: An honest confession of the loneliness I feel when I’m not in constant relationship with God or anyone else I care about,” Hollyn says. “I often wonder if I’m even getting across to anyone; struggling to communicate what’s going on in my heart. Conversations don’t seem to go anywhere [Check the album reference] and there’s distance. Prayers seem to hit the ceiling. I can’t survive long at all with that distance.”

While most of the tracks on One-way Conversations are filled to the brim with Top 40-ready, multi- tracked EDM teXtures, the pop songstress’s R&B-blue-eyed soul vocals stay true to the album’s title with it’s raw and conversational delivery. Perhaps at its raw-est is the worshipful, piano-ballad “In Awe,” at eXactly the project’s halfway point. “I was in a vocal booth in Portland, Oregon, and my producer told me to just sing,” Hollyn recalls. “I didn’t have any words at first, so I took my time, closed my eyes, and, for a solid hour, thanked God for what he’d been doing in my life—the opportunities and blessings he’d given me. One line especially meaningful line in that song is, ‘You don’t need me at all, but you couldn’t love me more.’ Sometimes, I’ve felt so useless; like, ‘Why in the world would you need me?’ And I’d hear God reply, ‘I don’t need you, but I want you to be a part of what I’m doing.’”

Hollyn doesn’t neglect digging into her identity—whether that relates to boys, friends or coming to grips with a better understanding of herself. Songs like “Go” and “Waiting For” address her approach to the other gender: “Am I interested in a relationship? Yes—the one God has for me. In the meantime, I’m going to be content in my singleness, listen to the Lord for what I don’t want and wait for the one I deserve, and deserves me.”

Fellow up-and-comer pals Andy Mineo and Steven Malcolm join in on the feel-good weekend anthem “Party in the Hills,” while Hollyn takes a more pensive tone on “Obvious?,” oﬀering support without judgment to a loved one struggling with destructive habits. She’s at her most vulnerable on “Girl” (featuring neo-soul duo Tree Giants), unpacking the blessings of being a young touring musician, along with the loneliness associated with life away from the comforts of home.

“There isn’t one song here that’s empty of life eXperience,” Hollyn asserts. “For all of the questions I had going into this project, I did know I wanted to share what’s important in my life and not hide. I asked God to give me a creative way of eXpressing the voice and desires of my heart; it feels like each of these songs is an answer to that prayer.” 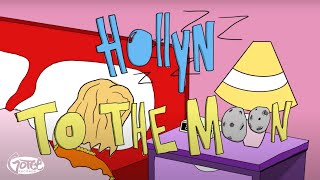 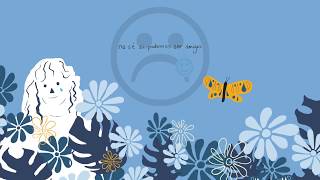 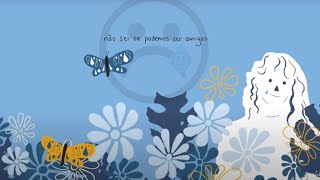 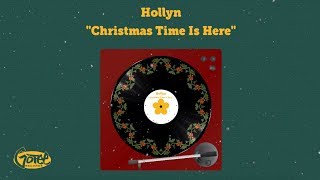 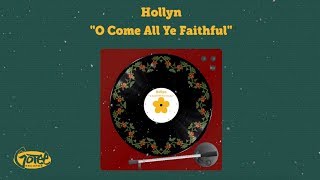