BOOKING INQUIRY
Regions
Worldwide
ABOUT
An artist doesn’t have to be born into a community to be embraced by its people. Passion, authenticity and anointing are qualities that translate in any language and break down any perceived barriers. Just ask Evan Craft.

So just how does a non Hispanic become one of the most successful artists in Latin music and launch a powerful ministry that has raised more than a quarter of a million dollars to help the homeless in Los Angeles? The answer is rooted not only in Craft’s impressive songwriting and vocal abilities, but also his heart for serving people and his genuine desire to make a difference in a hurting world.

Craft is indeed building a bridge between the two cultures and touching many lives in the process. His social media platforms have garnered him over 1.5 million followers and his videos on YouTube have been viewed over 300 million times. He has collaborated with such noted artists as Marcos Witt, Alex Campos, Marcela Gándara, Funky, Redimi2, and others. He’s currently working on his fourth album and the first single, “Be Alright,” featuring Danny Gokey and Redimi2 is gaining momentum.

For Craft, it all started with an inspiring book. “I read a book by Reinhard Bonnke, a German missionary to Africa,” Craft says. “His autobiography, Living a Life of Fire, impacted me with stories of miracles and God’s faithfulness. I read his book and thought to myself this guy went from Germany to Africa, why could God not use me in the same way? We believe in the same God. I grew up always wanting to serve the Lord.”

That desire to serve God began early in Craft’s life. A native of Thousand Oaks, CA, his father was a pastor and he grew up singing in church. “That’s when I first started leading worship,” he says. “My dad taught me guitar. My mom played piano. I was leading worship in middle school and then in the high school. I loved music and began writing songs.”

Like most aspiring musicians, the road to his calling was not a straight, obvious path. He signed a record deal at a young age, saw that fall apart and began questioning exactly where and how God wanted him to serve. The Bonnke book provided inspiration and direction. Craft had started studying Spanish as a teen in order to help his father who was running a homeless shelter in LA. He expanded his studies while attending schools in Spain and Costa Rica and began feeling a pull to minister more deeply to the Latin community.

Seeking to fully immerse himself in the Latin culture, he traveled to Mexico to lead worship at a church when he was barely 20. It was an eye opening experience for the young musician. “I get there and I was pretty much thinking, ‘Okay, I’m going to bless these people. I’m from LA. I’m American. I am coming here to give to you. Let me teach you the gospel,’ and it was so crazy how God turned everything on it’s head in that moment,” he recalls. “I wasn’t very good at Spanish. My guitar didn’t work. There’s no lights or show or anything that I could depend on, and I just heard the Lord say to me, ‘If you ever want to do anything here, you need to love my people.’ It was this revelation of God’s immeasurable love for people all over the world that began to change my heart.

“I was like, ‘Lord I really need to understand what it means to worship you in spirit and truth because these people have nothing and they gave me an offering. They are so grateful to have somebody else come in and see what God is doing in their revival meeting.’ It was the beginning of an adventure I had never experienced. Every time I would cross the border—and I only lived like three hours away so I would go down every few weeks—I would cry. I would be driving and I would be bawling. I couldn’t believe God was allowing me to do this.”

His missionary work in Mexico led to the recording of his first Spanish album, Yo Soy Segundo, in 2012 on Dream Records, which became the No. 1 Latin Christian album, much to the surprise of many, including Craft himself. “I felt the Lord telling me to record a Spanish album,” he shares. “A lot of people told me it was a really bad idea. They would awkwardly remind me, ‘You are not Hispanic. You understand this right? Your Spanish is not good.’ But I thought to myself, ‘Okay Lord, if you are really putting this on my heart, then it’s your failure not mine and I know you don’t fail.’ So ignorance is bliss. I was convinced, ‘God told me to do it so he’ll take care of it,’ and so I just did it.”
God blessed his efforts and opened the door for him to embark on another adventure when he traveled to South America to minister in Colombia. “By the time I finished the album, I went to Colombia for the first time. The pastor asked me if I would translate the Matt Redman song '10,000 Reasons,' and I said, ‘I’ll try. What do I have to lose?’ So I go home and I tell my friend Sean Cook, who produces all my music, and he thought it was a brilliant idea. We recorded it. We filmed it. We put it up on YouTube and we were like, ‘Hey, if this gets 10,000 views that’s phenomenal.’ But it blew me away. It just went viral. It was crazy. I don’t even know how many million views it has at this point, but people were thirsting for a very simple worship experience online.”

Since then Craft’s online Spanish interpretations of beloved worship songs have scored millions of views and earned him a devoted following, even though Spanish is his second language and at the beginning he had a pretty substantial accent. “A friend would ask people, ‘Do you like Evan’s accent?’ and it was like, ‘Yeah, it’s kind of endearing that he’s trying.’ So I said, 'You know what? I’m not going to be arrogant and pretend that I speak Spanish perfectly especially at that point in my life,’” he admits. “I would ask every Hispanic friend to come into the studio with me and correct me. I was at least going to be understandable.”

Craft’s heart shines through and translates to the listener. He’s earned a loyal fan base. “I have felt an incredible reception in Latin America,” he says. “I’ve been to Cuba. I’ve been to Venezuela. I’ve been to Bolivia, Paraguay, Argentina, Chile, everywhere and 99% have honestly just embraced me,” he says. “It’s overwhelming and humbling.”

Craft now lives in Nashville where he’s working on his fourth independent album buoyed by the experiences he’s had performing over 200 shows internationally, including stops at such legendary venues like Teatro Gran Rex in Argentina, Palacio de los Deportes de Mexico, and Bogotá Gospel in Colombia. “The new album is eight songs in English and eight songs in Spanish. Some of them overlap because they are bilingual songs, but it will be released simultaneously as two projects,” says Craft, who wrote every song on the album. “It’s called Desesperado, which means desperate, but the title track is a really, really fun Latin pop song. It’s about being desperate for God’s love and his presence. We shot a music video for it on a deserted island and it’s a really fun video.”

Craft is hoping the album will provide hope during these uncertain times. “At this moment people need to hear that God is there for them,” he says. “Right now so many people don’t have jobs. How many people don’t know what’s going to happen in a few months? I just wanted to really bring comfort to people through these songs. This is my ministry. I really hope people encounter God’s grace through it.”

Craft is also going to be the subject of a new documentary, “The Extra Mile,” which chronicles his 1200-mile fundraising bicycle ride across South America in 2018. “We did 10 concerts,” he says. “We would ride from city to city, do concerts, witness amazing miracles, and much more.”

Now living in Music City, Craft is plugged into the local Hispanic community. “I met a girl who invited me to go to this low income apartment complex a few months ago and just help kids with their homework so I did that and I ended up translating for the school district,” says Craft, who also mentors young artists. “My heart is to connect to the Hispanic community and see other young artists flourish in anyway I can because I met people who have poured so much into me. I think that it is very important that I continue that.”
Expand
Social Feeds 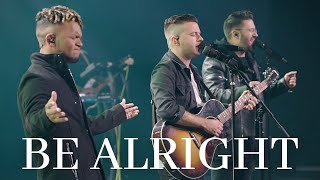 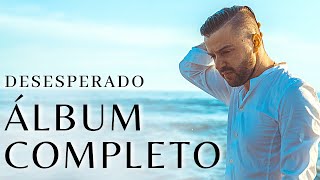 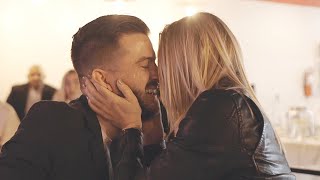 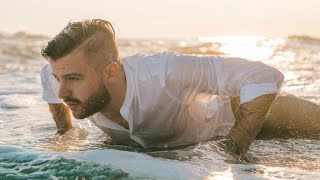 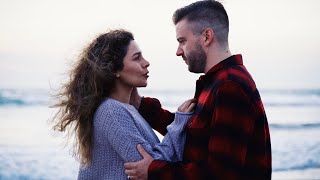