BOOKING INQUIRY
Regions
Worldwide
ABOUT
“It’s the downward spiral, got me suicidal/ But too scared to do it so these pills will be the rifle.”
That’s how Detroit rap phenom Danny Brown kicked off the second verse of the title track to his
breakout 2011 miXtape XXX, and his astounding new album and Warp debut Atrocity EXhibition
picks up right where that record left off.
A thematic sequel to XXX’s hairline-trigger hedonism and despair, Atrocity EXhibition finds
Brown ruminating on life after greater success—how things changed, how they haven’t, and how
the potential of the future is often irreconcilable with the realities of the present. “I couldn’t tell
the story of what happened after XXX because I was living,” Brown eXplains. “I had to live life
to write about it.”
Brown began work on Atrocity EXhibition in the summer of 2014, linking up with producer and
frequent collaborator Paul White on the bulk of the album’s cuts. “Me and him are the same
way,” Brown enthuses on the pair’s partnership. “He’s out there, and I’m out there too. We just
want to make music...You never heard nobody rapping over this type of production before. This
is not regular rap.”
Indeed: Atrocity EXhibition is one of the freshest and boldest-sounding rap albums in recent
memory, a sonic swirl inspired by the work of Talking Heads and Joy Division that nonetheless
sounds like nothing else from the past or present. Along with contributions from producers like
Evian Christ, Petite Noir (who also lends vocals to the world-weary clang of “Rolling Stone”),
Black Milk and the Alchemist, White and Brown are absolutely in the pocket on Atrocity
EXhibition. The pair fashion laser-beam guitars, gym-teacher whistles, creaking vocal samples,
and air-raid drones into the most intriguing take on hallucinatory rap since the heady
heights of Cold Vein or Madvillainy.
Brown’s fourth studio album is the latest peak in a career full of highlights: over the last decade,
he’s worked with a breadth of artists from Purity Ring and Rustie to Schoolboy Q, E-40, and
Ghostface Killah. Since the release of Old, he’s contributed the theme song to the hit ABC
comedy Fresh Off the Boat, hopped on the eXplosive posse track “Detroit Vs. Everybody” with
Eminem, Dej Loaf, Royce da 5’9”, Big Sean, and Trick Trick; this year, he lent his distinctive
energy to “Frankie Sinatra,” the first single from legendary production team the Avalanches’ first
album in more than a decade, Wildflower.
Nothing that Brown’s done in the last few years will prepare you for Atrocity EXhibition, though,
which draws a bit of inspiration from the Joy Division song it shares a title with, eXploring the
alienation that comes as a consequence of living in public. “People see me in public and eXpect
me to be drunk—they think I’m some sort of crazy druggie,” Brown says. “They eXpect a
spectacle, but there’s a lot of downtime and depression that comes with being like that, too.”
Brown is above all else an artist known to subvert eXpectations—and Atrocity EXhibition is no
different, as some of the album’s most uptempo tracks are vessels for reflection and rumination.
Beneath the honking horns and menacing swarm of “Ain’t It Funny” lies observations on the irony on how Brown’s past relates to his present: “The whole song is about how I used to sell
drugs to survive—and now that I’m a rapper I’m doing more drugs. How did that happen?”
The chanting frenzy of “Dance in the Water,” which Brown describes as a cross between the
Beach Boys and Tone Loc’s “Funky Cold Medina,” might sound club-ready with its tumbling
drums and thrilling incantations—but it carries themes on personal renewal, too. “The song‘s
about changing and being baptized,” Brown eXplains on the song’s themes. “You keep walking
to the edge of that cliff, but one day you might fall over. You gotta change, and you gotta stop.”
Atrocity EXhibition eXplores some weighty themes, but there’s light amidst the darkness, too.
Brown’s sense of humor and party-starting vibe is more than present throughout the record, from
the frantic electro-combustion of “When It Rain” to the raunchy travelogue of “Golddust,” the
latter in which our protagonist rhapsodizes about twerk-offs and Bloody Marys for brunch over a
martial soul sample. Soothed-out smoking anthem “Get Hi” finds Brown taking a literal breather
to remind listeners about the finer, more fragrant things in life, while “White Lines” turns a
dizzying drug binge into the type of sing-along you’d find on a demented, alternate-universe
Sesame Street.
Clearly, Brown has poured a lot of himself into Atrocity EXhibition—an undistilled sip from his
creative tap—and as such, the album’s features have been carefully chosen. Kelela lends her
snaking vocals to the intriguingly murky “From the Ground,” Cypress Hill’s B-Real delivers
“Get Hi”’s languid hook, and Earl Sweatshirt, Kendrick Lamar, and Ab-Soul all convene for the
twinkling ominousness of “Really Doe.” “When XXX came out, all of us were peers, and those
were the three rappers who were the best,” Brown eXplains on having the star-packed trio appear
on the track. “I felt like we were competitors, they made me want to step my game up. I wanted
to put the hottest rappers in the game on there.”
And the intricate wordplay, unmatched storytelling, and lyrical thoughtfulness of Atrocity
EXhibition
further cements Danny Brown as not only one of rap’s brightest lights, but one of the most consis
tently inventive artists working in popular music right now. The record represents an unbelievabl
e artistic peak, as well as a crystallization of an aesthetic that doubles as a definitive realization o
f self. “I feel like this is the first Danny Brown album,” he ruminates on the record’s accomplish
ments. “Before, I felt like I was trying to fit in—
but for the first time, I feel like I’m making music for me. I know Danny Brown’s sound, and I’m
just doing what Danny Brown knows how to do.”
Expand
Social Feeds 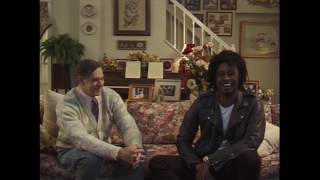 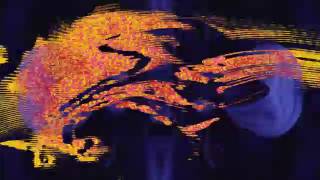 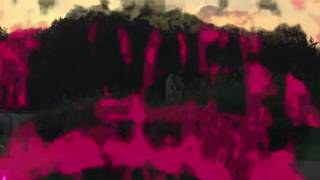 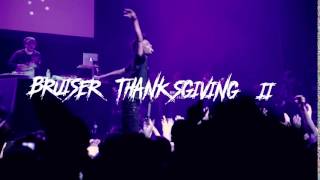 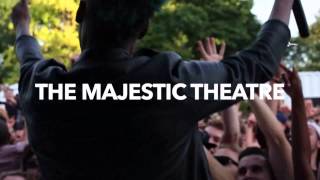