Dams of the West

BOOKING INQUIRY
Regions
North America
ABOUT
I lived for seven years in my house in Brooklyn next to a colorful (and loud) Jamaican family on one side and an empty home on the other. About three years ago, a bearded young man introduced himself as Chris and informed me he was moving in next door. He immediately showed the kind of neighborly kindness that is not very common in NYC, offering to help me move furniture and introducing me to his then-girlfriend Emily.

Music turned out to be a connection for us as this new guy next door was Chris Tomson, drummer of the rock band known as Vampire Weekend. They were so popular that my young son immediately proceeded to make one of the worst PR moves of all time by announcing to his fellow teens on social media that a “Vampire” lived next door to us.

Chris was still often on the road when he moved in but once the Modern Vampires of the City world tour was over, he left to get married and travel with Emily on a lengthy sabbatical. I remember their return as one of happiness and contentment but Chris confessed there was more going on.

"When I arrived home, newly married and feeling my 30-ness acutely, I had a very scattered idea of who I was and what I was supposed to be. I had written ‘musician’ on my tax returns for years at that point but still wasn't sure if I could consider myself to actually be one.”

Somewhere along the way, I noticed Chris moving a drum set into his basement. While Chris claimed to have soundproofed it to the best of his ability, I was now inundated with all sorts of beats. Good thing I have been a rap publicist for most of my adult life; beats don’t bother me. Unexpectedly, though, I noticed that Chris’s new thing was the piano.

"I decided to have my childhood piano moved from my parent’s home in Central NJ to my place in the city. It turned out to be the best possible instrumental conduit to figuring out exactly what my deal was."

The playing was sporadic at first but, gradually, I began to hear some chord progressions come together, usually repeating for hours on end. For months, these progressions soundtracked my workdays next door, emanating through our shared walls through my conference calls and email-writing. I couldn’t hear Chris’ voice but I assume that it was there all the while because he often asked me sheepishly if I could hear him singing and if it was bothering me.

Still, it wasn’t very clear to me (and maybe him) which direction his work was going to take. I never asked too many questions. I have learned over the years how to respect artists and their creative process and I knew all along that Chris was on his way to finding his artistic self musically, lyrically and conceptually.

In the fall of 2015, all the music next door stopped. Emily and I watched from the curb as Chris drove off in an old minivan towards Nashville, Tennessee, and producer Patrick Carney. "I chose to drive the ‘04 Honda relic from the original VW touring days because I could think of no better transportation towards making a record of my own,” Chris told me later. What he found in Nashville were collaborators and environments even better than he had hoped for. “Even though I played all of instruments on the record, it felt like a tight team of four with Patrick, Roger Moutenot, Marc Whitmore and myself hunkering down at Haptown Studio and Patrick's garage. Anytime I was struggling or coming up empty, someone stepped up and we moved forward.” While the sessions went well the drive back proved otherwise: “Our beloved van finally gave out and drove its last mile. It now lies at its final resting place, a scrap heap somewhere on the outskirts of Roanoke, VA.”

Sketchy transmission shop aside, Chris arrived home with Youngish American — an album of songs equally inspired by, he claims, “my Dad's consistent mispronunciation of chipotle (chipol-tee), the ubiquity of American flags in beer marketing campaigns and the burgeoning water crisis in the Colorado River basin.” I hear more of a meditation on the anxieties of aging and the impermanence of our contemporary present, but I will allow Chris his details.

Naming the project proved to be the final hurdle. Chris admitted to me reservations about simply using his given name, which he found to be “fine but kind of boring.” After reading a bunch of articles about the water economy in the western United States and specifically the deficiencies and problems with many decades-old dams, he finally found something meaningful. “As a straight, white male playing more-or-less rock and roll music in 2016, I felt a certain camaraderie with the impending obsolescence of those well-intentioned but ultimately flawed totems of infrastructure.” From my perspective, Chris’ awareness of his place in the world has always been humble, but I’m glad he’s finally giving it a name: Dams of the West.

These days, I’m still sending emails and working in my kitchen and hearing Chris on the other side of the wall. Occasionally, he still plays piano but more often than not I am now soundtracked by the hum of a treadmill. I suppose touring and the public eye require a different set of preparations than creating the album did.

All the best-
Roberta 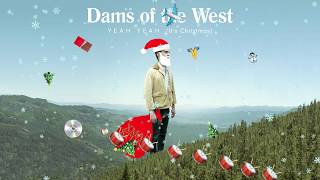 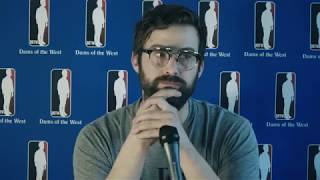 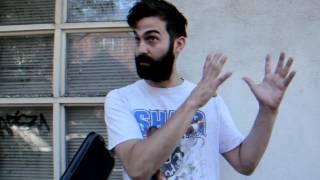 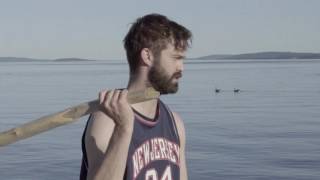