BOOKING INQUIRY
Regions
Worldwide
ABOUT
Emmy®-nominated and best-selling comedian Chonda Pierce, or “the country comic” as Billboard Magazine dubbed her, has been making audiences laugh for more than two decades with her winning combination of fierce wit and southern charm. A stand-up comedian, television hostess, author and actress, Pierce has channeled her life eXperiences into positivity, bringing laughter to audiences around the country. As the RIAA’s best-selling female comedian of all time, her hilarious take on life is easily relatable as she publicly opens up to her listeners about times of darkness and depression in her own life, drawing humor and good from every situation.

In October 2015, Pierce took her humor to the big screen with her first film “Chonda Pierce: Laughing In The Dark,” based on her personal struggle to overcome depression. The film is a behind-the-scenes journal chronicling Pierce’s downward spiral dealing with the devastating loss of her mother, an estranged daughter and the tragedy of her husband’s battle with alcoholism and subsequent death, all over the course of three years. Yet she remarkably makes her way through the adversity, heart-wrenching loss and her own depression with the gift of humor. Pierce made the film in hopes it would serve as a vehicle to inspire others who may be hitting points of darkness and depression in their lives. “Laughing In The Dark” opened October 27, 2015 to 858 screens and sold over 100,000 tickets. It won the Best Documentary award at the 2016 Park City International Film Festival.

Chonda’s neXt documentary movie, “Chonda Pierce: Enough” chronicled Chonda’s continuing story of struggle, survival and faith. It addressed the introspective question if she, in fact all women, were simply “enough” in the eyes of their husbands, family, loved ones, god and even themselves. The film has been received as an uplifting and inspirational answer to the internal and emotional struggles faced by many women. “Enough” opened April 25, 2017 to 1,510 screens and sold over 100,000 tickets.

In 2016, Chonda’s stand-up comedy series debuted on the Dove Channel, called “Chonda Pierce: Stand-Up for Families”. The show is a family friendly comedy series designed to encourage entire families to watch television together without the risk of content that might not be appropriate for all ages. Each episode of the series features a stand-up performance by Chonda and her guest comedians.

Pierce got her start working at Opryland Theme Park in Nashville where she performed as “Grand Ole Opry” star Minnie Pearl. Pierce recalls being a terrible dancer and being told by her boss to “find a new talent.” In order to keep her job, she memorized three pages of jokes from Grinders Switch, TN and went on to impersonate Minnie Pearl for siX years. While Pierce enjoyed singing and dancing, it was at this time that she truly fell in love with her craft. After deciding to pursue comedy fulltime, she recorded “Second Row, Piano Side,” a collection drawing material from her childhood growing up as the daughter of a preacher in South Carolina. Pierce’s material resonated with people from all walks of life, and she credits her southern upbringing both for her warped sense of humor and her solid roots.

From there, Pierce turned her gift of storytelling into a successful comedic career, selling more comedy DVD’s than any other female comedian. In addition to her 10 successful DVDs to date, she has also authored eight books, including the 2007 “Laughing In The Dark” (Simon & Schuster/Howard), and appears at venues big and small throughout the United States making audiences laugh with her ability to find the positivity in any situation. Pierce received five Daytime Emmy® nominations for her work co-hosting talk show “Aspiring Women” on the Total Living Network and her first television special, “This Ain’t Prettyville!” on the CMT Network. She is ranked among Pollstar.com’s top-selling live performers and five of her DVD’s have been certified Gold by the RIAA,

In addition to her accolades, Pierce is a frequent guest on famed “Grand Ole Opry” and has served as host of the Inspirational Country Music Awards and Christian Music Hall of Fame Awards and also co-hosted the GMA Dove Awards in 2012. She has also appeared on "Entertainment Tonight," “The View,” “FoX News Channel,” “Wanda Sykes,” “Hallmark Home and Family” and her comedy is regularly featured on XM and Sirius satellite radio. Variety raved about her ability to draw audiences for an encore performance for "Chonda Pierce: Laughing in the Dark."

In addition to her comedic work, Pierce has used her success to help others, and in 2006 founded Branches Recovery Center, which offers counseling and treatment to those with depression, anXiety, addiction, regardless of their ability to pay. She has also raised millions of dollars for international relief organizations Compassion International, WorldVision, Food for the Hungry and Feed The Children.

Today, as the RIAA’s best-selling female comedian, Pierce continues to bring the laughs with her unique blend of music and comedy. 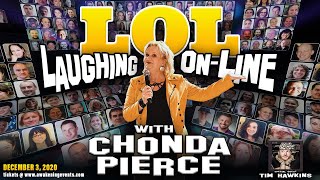 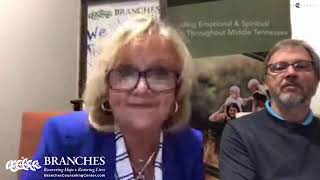 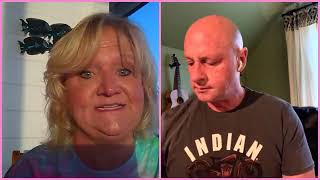 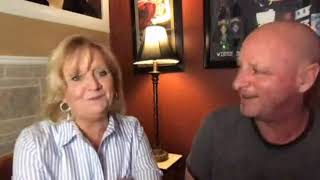 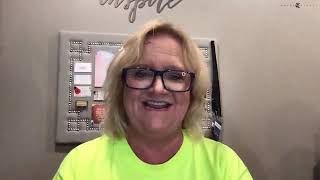