BOOKING INQUIRY
Regions
Worldwide
ABOUT
Every once in a while, an artist comes along and reminds listeners what music is supposed to sound like. In today’s trendy viral video dominated space, traditional R&B artists have had to play the background. Hip Hop purists have been replaced. And musically trained vocalists have to trade in their talent for a call and response anthem infectious enough to start a Tik Tok movement.

But not Capella Grey. The 26-year old Bronx native has figured out a way to creatively match today’s sound with the authentic elements of musicianship. A student of Hip Hop’s legacy artists and a modern day vocalist who can switch from song to rap to chant in the same line, Capella’s smoothed out flow marries his mid-tempo grooves flawlessly. Merging his Jamaican heritage, uptown New York City upbringing and melodic church rooting, Capella Grey has created a new yet nostalgic feel that invites listeners of all generations into his world. “Even though I’m a singer, I do it at the tempo of a rapper. I have the influence of uptown NYC. Bronx hip hop is real in your face. Mount Vernon hip hop slowed it down and made it a vibe. Harlem had the style. So I’m gonna talk to ‘em, but I’m gonna talk real calm and do it with a confidence that is unmatched. I have all those Uptown influences in me,” says Capella.

With his new hit single “Gyalis,” Capella Grey has found his sweet spot. Creating an undeniable summer hit, the song has dominated radio airwaves, YouTube views, and NYC barbecues just in time for everyone back outside after a long quarantined year and a half.

Actually, it was the lockdown that put the battery in Capella’s back. After years of making a living as a Producer/songwriter behind the scenes, Capella used the global COVID-19 pandemic to motivate his own movement. He locked himself in the lab and dropped two mixtapes in less than a year, The QuaranTape Vibe 1 and Yeah Nah I’m Out. “When the quarantine hit, it was the best thing that could have happened to me.” Capella explains. “I was tired of everyone butchering my songs. I write how I talk, so there’s uptown lingo and things other artists can’t convey. I started to take my own songs and put them out myself.”

Now, Capella Grey is gearing up for his own Capitol Records debut, a project sure to top the charts and get blasted from Bronx rooftops to party yachts in the Caribbean.
This musical memoir begins with Capella developing his love for music and all of its instrumentation while playing for his church choir. There, the young maestro mastered the organ, piano and even the drums. “I got the cheat code,” he begins. “I’m a musician, musician. I’m a whole organist. Guitar. Drums. Keys. And I come from a singing ass family. My moms sings her ass off. Everyone was in the crib singing, so somebody had to play the piano.”

Grey had his first studio experience during his teenage years. While attending a media class in Harry S Truman High School, Capella Grey honed his production skills in “The Batcave” - a name the students came up with for the school’s amateur recording studio. Initially wanting to be behind the scenes, Capella started making connections in the industry.

Attracting people with his talents, charm and great energy, Capella Grey played around different Churches in New York City. There were even times he had premonitions of his “big break” being that of a background singer for a superstar. But one day, an unstructured freestyle would change his life and align him amongst the stars.

Using his voice as its own instrument, Capella finds a pocket within the beat and rides it perfectly. Now garnishing the attention of audiences of different walks of life with his smooth vocals and Caribbean influence, Capella Grey does not fit into one particular genre, and says he’s taking over both the rap AND R&B game. “I’m trying to bring real musicianship back to hip hop. I want to put the harmonies back in it. I don’t want people to river dance over Brooklyn drill beats anymore,” he jokes.

As a skilled songwriter, Capella’s words are embodied into harmony that translates to the streets, but in a way that doesn’t alienate the ladies either. “I want everyone to catch the vibe. Grab a shorty, do something,” says the young heartthrob who now has ladies crying when he’s on stage. “I don’t want the girls to worry that I’m gonna get shot tomorrow.”

And if “Gyalis” is any indication of how well Capella is received, this is only the beginning. The singer notes, “Gyalis is only a minute and forty five second long, no hook, no chorus. I’m a

songwriter. There’s over 1200 songs in my phone. I got the fire. They’re not ready for me. I’m trying to create the soundtrack to OUTSIDE.” 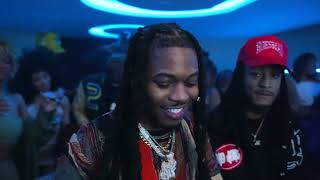 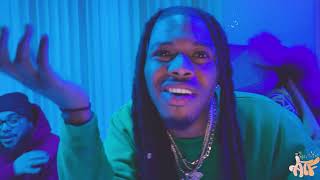 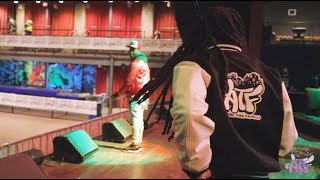 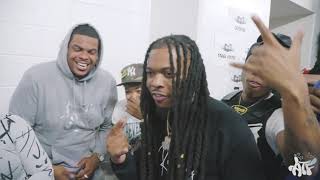 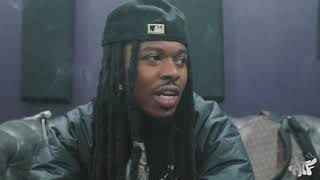