BOOKING INQUIRY
Regions
Worldwide
ABOUT
Every song has a story and at just 17 years old Callista Clark has a lot to say. Like Maren Morris, Jennifer Nettles, Tori Kelly, Ingrid Andress and so many talented singer/songwriters before her, the young songstress wields her creative gifts as both a defense and an instrument of peace as she puts her heart on display with her debut collection Real To Me.

Blending her love for soulful, timeless classics with the music of her Country roots, Clark delivers a modern twist and creates a sound all her own with the stories only she can tell. “Heartbreak Song” was written to soothe her own ache. “Change My Mind” lets a suitor know just what she expects while “Real to Me” validates the emotions of youth in a poignant, relatable lyric. It’s her ability to be both assertive yet vulnerable, and empowering while brutally honest that make Real to Me such an auspicious introduction.

“My mission is to write songs that make people say, ‘Oh I’ve been through that. I feel that and just relate to it,” Clark says. “Even with the really, really sad songs on this collection—they were really sad for me to try to get through—but they are still so strong.”

A native of Zebulon, GA, Clark began singing as a small child. “I’ve been singing since I could talk,” she says with a smile. “The first place I ever sang was my church. My granddad is the pastor. It’s an incredibly small church. I would hide behind the microphone because I was so shy, but singing is always something I just did, and it’s always felt natural. It’s what I had to do.”

In addition to her distinctive voice, Clark is a skilled musician who plays eight instruments. “There’s ukulele, acoustic guitar, piano, bass, electric guitar, keytar—if you count that separate—and I have a six-string banjo and a mandolin,” she says. “The only instrument I don’t think I’ll ever be able to play is the drums. I can’t do it. I’m so blown away with people who can.”

The young brunette began writing songs when she was just 11 and credits her mother’s encouragement with starting her down that path. “There was a poetry contest at school, and I ended up winning,” she recalls. “My mom read it and she said, ‘This could be a song. You need to play guitar with this.’ She just warmed me up to it and led me into the fact that I was writing songs all along. Since I was so shy, it was really hard for me to get up in front of people and sing things that I actually wrote for so long because it was like pieces of my heart, but it got to be something that I started to love doing over the years.”

Ironically, it was actually a cover song that provided Clark with her big break and helped

her land her record deal with Big Machine Records. After honing her performing skills and sharing her original songs at notable Georgia venues such as Eddie’s Attic, she had become confident enough to start sharing it on social media. “I posted a video of me on Facebook singing ‘Have You Ever Seen the Rain’ by Creedence Clearwater Revival and it now has around 27 million views.” The video was soon discovered by Scooter Braun who soon signed the 15-year-old to his management company SB Projects. Afterwards, it seemed the stars had aligned as she was introduced to Big Machine Label Group Founder and CEO Scott Borchetta who offered her a record deal. “That one video really changed my whole life,” she recalls.

Clark’s soulful, nuanced performance of the classic rock hit revealed her to be a singer of incredible depth and pathos. But it was her songwriting prowess that gained her entry to the most sought-after writing rooms in Nashville. Clark soon found herself co-writing with some of the most prominent Nashville songwriters such as Chris DeStefano, Jonathan Singleton, Liz Rose and Laura Veltz.

“My first co-writes were with some heavy hitters and it didn’t register in my mind what was going on until a few months later,” she says. “I mentioned to some other co-writers who I was writing with and they were like, ‘Oh my goodness!’ It was so incredible that they would want to take a chance on me. I had just turned 15 and I was walking in like, ‘Okay, well here’s my idea.’ It was pretty intimidating, but I just had to go for it.”

The proof that Clark could hold her own is evident in the five songs on her debut collection. The feisty anthem “Change My Mind” was written with Singleton and Dan Isbell. “It was one of my very first co-writes ever,” Clark recalls. “I had this hook and it was, ‘You ain’t got to change my heart, you’ve just got to change my mind.’ And I just started ranting to them. I just opened up completely and I was like, ‘It’s about this kind of guy that you shouldn’t be with, but you kind of want to be with. It’s a battle between your head and your heart and you’re trying to figure out which one you are going to listen to, which one is right and if it’s worth it.’ They both were just sitting there looking at me like, ‘What is going on?’ Did they understand? They said, ‘No, but we can write that.’ So I started messing around with the guitar and we got that first little bass line that you hear in the song. From there, it just built. It was so fun and we knew from the day we wrote it that it was going to be special.”

“Heartbreak Song” was inspired by a breakup. “It was probably the quickest write I’ve ever had,” she says of collaborating with DeStefano, Rose and Emily Shackelton. “I came in with the idea and I was thinking about how when you are in a relationship, you have your own playlist with this person of all the songs you love to listen to that make you happy and make you think of him. I went through a breakup and I had to delete that whole playlist. I couldn’t listen to it anymore without being sad. I was like, ‘These are all my favorite songs. What am I going to listen to now?’ I didn’t have anything and so I just told them, ‘I’m going to write my own song that I could jam to and have fun, even though I’m sad. I’m just going to crank it up in my car anyway.’ That one came in about

40 minutes. It just happened all at once and it was so overwhelming.”

Diving into the Country music industry at her age is no small feat, but Clark knows who she is. With an unapologetic declaration of confidence on “It’s Cause I Am” Clark boldly delivers lines such as “If you want a one dimensional woman, that’s ok. I understand. If I seem too complicated for ya it’s cause I am.” “We get the best songs when I go in just opened minded and really emotional. I just spill it all out and there it goes,” she says recalling the day she penned the song with Veltz and Cameron James. “I came in and I was actually thinking about people that doubt you for being young and saying, ‘You can’t do this.’ That was where the emotion came from for me, but I wanted to write it about a relationship so it would be something that everyone could relate to a little more. It was incredibly fun to write.”

Wearing her heart on her sleeve and not being afraid to tap those feelings just bubbling under the surface give Clark’s songs an emotional weight and authenticity that resonates with listeners. Working with producer Nathan Chapman, Clark has crafted an impressive debut that showcases her skills as a songwriter and her heart-in-throat vocal delivery. “Real to Me” is perhaps the most revealing track on the project and though it’s intensely personal, many listeners will feel like she’s been reading their journal.

“‘Real To Me’ is about being a teenager and just kind of saying, ‘Yeah I’m young. Everyone has been a teenager before. I can change my mind on certain things. I’m able to change my opinion, change my beliefs and I’m still figuring it out, but this is what I’m feeling right now and to me that’s very, very real,’” she says. “I want to reach out to younger people and just say that you’re not crazy for feeling this way. If you think you are in love, it is love to you whether or not you are going to marry this person. You are in love with this person. If your heart is broken or you have a dream, you are feeling that whole heartedly no matter how young or old you are. I just wanted to write with the most dramatic emotions and say, ‘Here’s these songs that I felt. I hope you feel them too and we can sing these together.”

Clark has poured her heart into these songs and is hoping they encourage those who listen. Music’s communal nature is significant, but it comes from connecting with people in a personal way, one-to-one from the artist’s head to the listener’s heart. “They are all very real and very personal stories for me,” she says. “There is some heavy emotion behind all of these, and I hope that somebody can relate to them. I really do.” 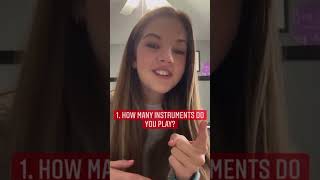 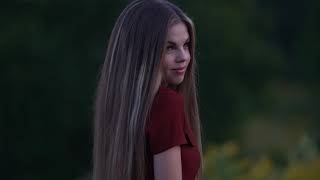 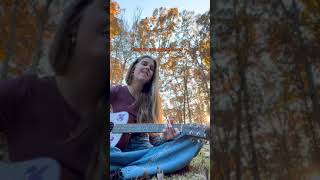 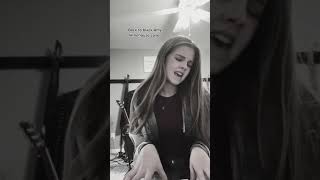 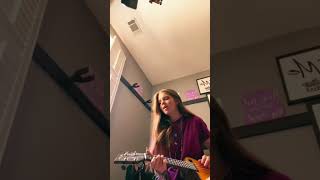