All bands must evolve to survive.

For Bear’s Den, however - their name inspired by Maurice Sendak’s 1963 children’s classic Where The Wild Things Are - coming of age hasn’t been without growing pains.

“It’s been an amazing three years,” explains singer-guitarist Andrew Davie (known as Davie), looking back over a hectic schedule which has seen the band take their evocative, passionate music to audiences across the UK, Europe, America, Canada and Australia.

“But being on the road so much pushes friendships to the limit, and really affects your relationships outside of it. You get extreme highs and lows.”

However, it’s how these experiences – both the ups and the downs – have affected them which inform their extraordinary second album, Red Earth & Pouring Rain.

Inspired by - among other things - the paintings of Edward Hopper, the short stories of Raymond Carver, and film director Robert Altman’s Short Cuts - it is both erudite and intensely personal, defying trends and easy labelling.

Musically, it also sees a startling progression. Following the amicable departure of guitarist Joey Haynes they are now a six piece touring unit built around a nucleus of Davie and multi-instrumentalist Kev Jones.

While the band’s folk roots are still evident, they now come cloaked in the lush alchemy of ‘70’s and ‘80’s FM rock: Fleetwood Mac, The Eagles, and in particular, the nocturnal ambience of Bruce Springsteen’s Darkness On The Edge Of Town, alongside more contemporary artists such as The National and Sufjan Stevens.

“We spent a lot of time on the road and that music really fitted our head space,” says Davie. “It felt like the natural musical progression.”

“We wanted to make a great album for driving at night,” adds Kev. “There’s a technical level to that - matching the sounds to Davie’s lyrics - but thematically, a good metaphor for the mood is the idea of driving forwards while looking in the rear view mirror. A sense of contrary motion.”

Fans of debut album Islands will already know that for Bear’s Den the exploration of complex emotions comes as standard. It’s a skill that was rightfully acknowledged by an Ivor Novello nomination for Best Song for Above the Clouds Of Pompeii last spring. “There have been so many incredible moments on our journey, this album gave us a chance to take stock and reflect on how far we’ve come,” says Davie. “At the same time, it encouraged us to be more brave musically. I read somewhere that Bruce Springsteen said: “More than anything else, I wanted to be great’. I thought that was really inspiring. I want us to do something significant, which stands the test of time, and not be embarrassed by aiming for that.”

Sessions for Red Earth & Pouring Rain began last May. Having demoed three tracks (Emeralds, Red Earth & Pouring Rain and New Jerusalem) at Davie’s dad’s house, the singer headed to a writing studio in Hilversum, Holland last September to formulate his ideas. After months on the road, being alone with nothing more than a guitar, a midi-keyboard and his own thoughts was initially traumatic.
“At first I was really freaked out,” he admits. “But I soon realised it was exactly what I needed. The last thing anyone needs to hear on the tour bus is me strumming a guitar, and I was finally free to do it.”
Within a week he’d written five songs; within another fortnight a further eighteen. With them, a conceptual and musical framework - ‘the sound of Don Henley on Thames’ quips Kev - mapped out during those long nights traveling on the bus.

Following a six week european and UK tour that culminated in a sold-out show at The Roundhouse, the band headed to Rockfield Studios in Wales with long term producer Ian Grimble. Working fifteen hours a day, assisted by touring musicians Jools Owen (brass/drums) and Marcus Hamblett (synths) their new sonic template took shape, with Kev providing bass and lead guitar on a vintage Les Paul he picked up on tour in Nashville.

“We come from playing acoustic instruments, where in a band you constantly need to be playing in order to create interest as none of the notes you play have any real sustain,”explains Davie. “With electric instruments, we can create more of an atmosphere and just stay in that moment, which is great. The way we write songs hasn’t really changed at all, the songs are just wearing different clothes.”

If the raw thrill of going at full-tilt can be heard in the skittering hi-hats and shimmering guitar chords of the title track and the propulsive drive of Dew On The Vine and Broken Parable (“there’s a ten minute version of that one somewhere” laughs Kev), it also had other benefits.

After months on the road their near-telepathic musical understanding meant that Fortress and jaw-dropping closer Napoleon were written spontaneously in the studio. While atmospheric subtleties remain - notably on tear-jerking stand-out Love Can’t Stand Alone - they now act as a counterpoint to a heavier, headier, full band dynamic.

Lyrically, themes of loss, regret and escape are explored with the dexterity of an artist’s brush stroke. This unflinching eye for detail – given added immediacy by delivery in the present tense - allows the listener to eavesdrop on everything from painful childhood memories (Napoleon) to crumbling relationships (Emeralds, Greenwood’s Bethlehem).

At it’s most anthemic - Red Earth, Emeralds- it’ll have you punching the air while crying your eyes out. At others, it makes for uncomfortable listening. But that’s the point. When Davie sighs: “Somewhere deep down I still believe you’ll always be the love of my life” in Roses On A Breeze - you almost feel like you’re in the room.

“I think it’s important to confront stuff which is difficult,” says the singer. “I want to be honest about life. There are so many things about it which are sad and incredibly difficult. Certain triggers or memories from your childhood can haunt you, and ultimately shape you and the decisions you make later on.”

This sense of disparate elements coming together to make a greater whole is reflected in the album’s title, inspired by a poem by Tamil scholar Sembula Peyaneerar Davie chanced upon during a break in India. “I saw it on a bookshelf in this guest house we were staying in and reading through it, that particular poem leapt out at me. It’s about two people who will be connected forever in some way.

“Our hearts are as Red Earth
And Pouring Rain:
Mingled beyond parting.”

I also liked the idea that when these two really powerful elements - earth and rain - combine, it both makes the land more fertile and also forms clay, which perhaps is more useful than either of them individually. What it creates is greater than the sum of it’s parts. Lyrically, it opened a lot of doors for me. I’m really drawn to people who are in a hole but they can’t find a way out. I think that line provided me with a way out.” 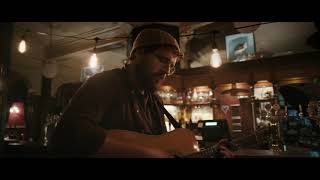 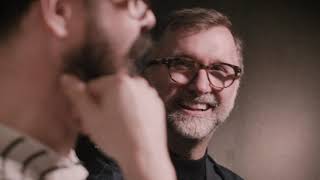 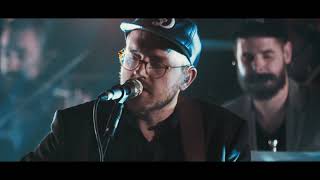 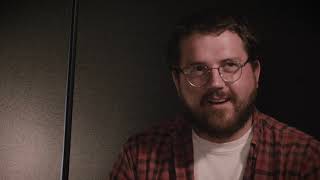 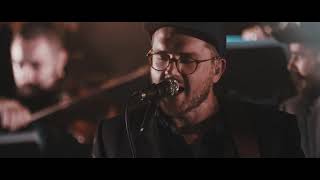