BOOKING INQUIRY
Regions
Worldwide
ABOUT
The Backstreet Boys have been one of the most successful groups since their inception 25 years ago. They have sold over 130 million records worldwide fueled by top charting songs, record-breaking tours and numerous awards; making them the best-selling boy band in history.


This past May, BSB released the Top 10 hit “Don’t Go Breaking My Heart” which rocketed to #1 on iTunes Top Songs and Global charts and ended up charting in over 22 countries. The reaction to “Don’t Go Breaking My Heart” has been amazing. Along with Rolling Stone, USA Today, Vogue, PAPER, Entertainment Weekly and People Magazine, Idolator calls the song an “emotional synth-pop anthem” while Marie Claire says “trust us, you will have this song on repeat."


When the group performed “Don’t Go Breaking My Heart” on Good Morning America's Summer Concert Series, they shattered the show’s previous attendance record. The video of the performance itself went viral and trended worldwide.


“Don’t Go Breaking My Heart,” is the follow up to the group’s collaboration with Florida Georgia Line“God, Your Mama, and Me” which was not only BSB’s first #1 Country Radio single, but the partnership earned them a CMT award for “Performance Of The Year.”


BSB is currently promoting their new single “Chances” - written by One Republic’s Ryan Tedderand Shawn Mendes – which they released in early November and debuted live on NBC’s The Voice on November 13th.


The Backstreet Boys began a residency at the Zappos Theater at Planet Hollywood in Las Vegas’ in March 2017 which quickly became the fastest selling residency in Las Vegas history and host to the biggest audience in the history of Las Vegas headlining residencies.


2019 will be another big year for BSB with the release of their album “DNA" on January 25ththrough RCA Records and a world tour of the same name starting on May 11th. The “DNA World Tour” is BSB’s biggest tour in 18 years, performing in arenas they haven’t headlined since their "Black and Blue” tour in 2000. 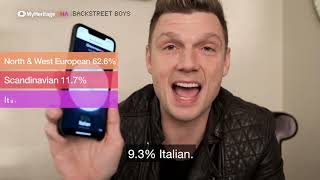 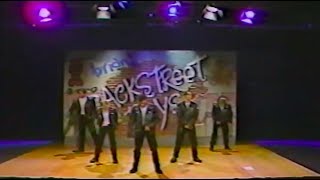 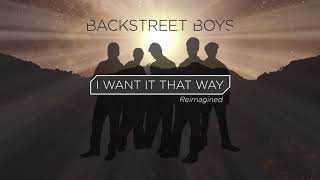 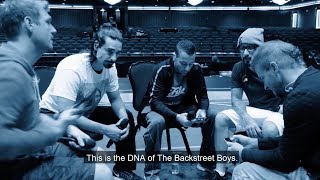 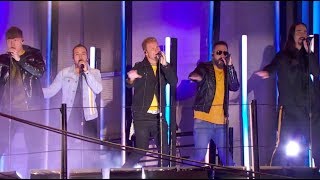