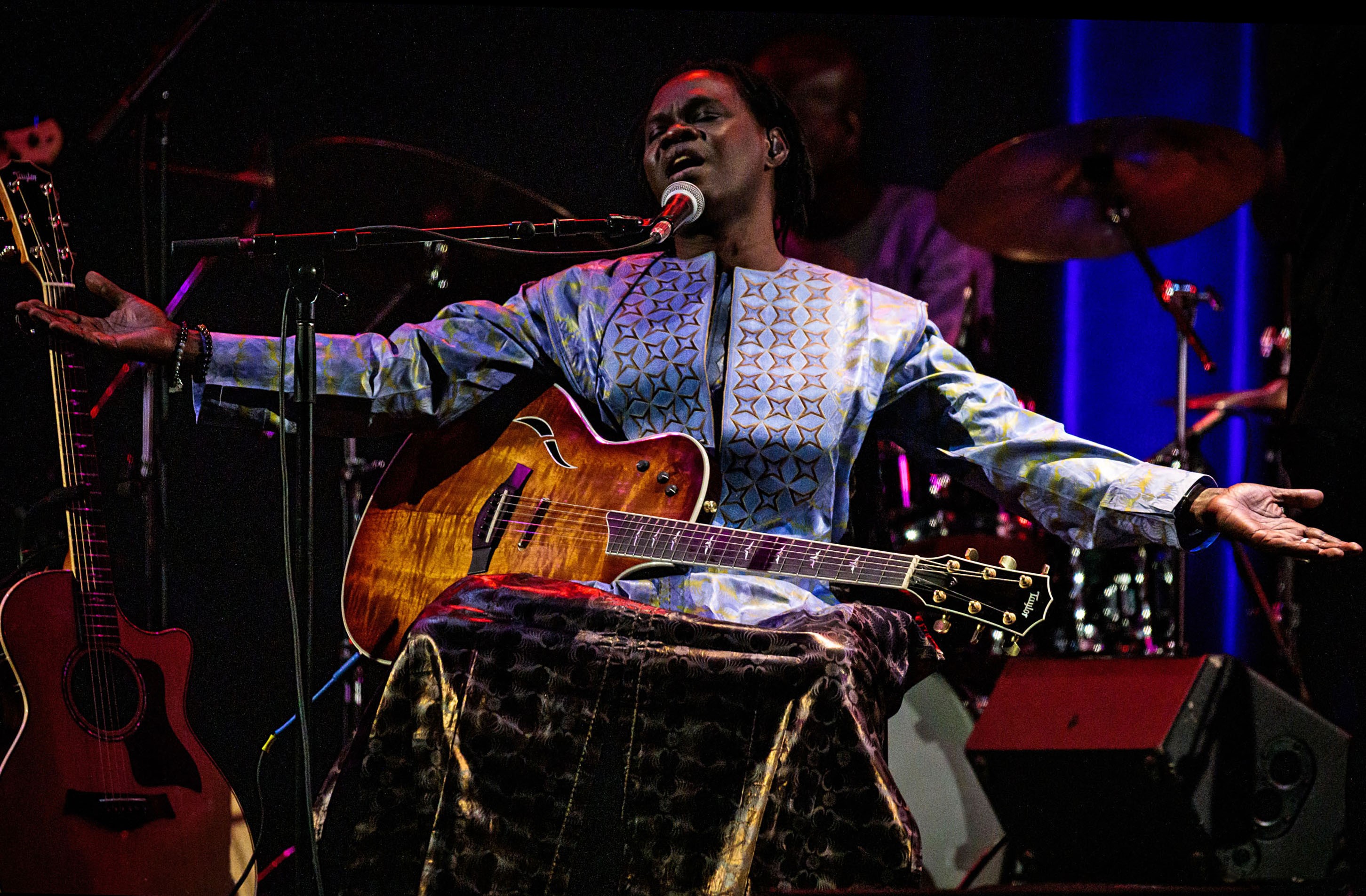 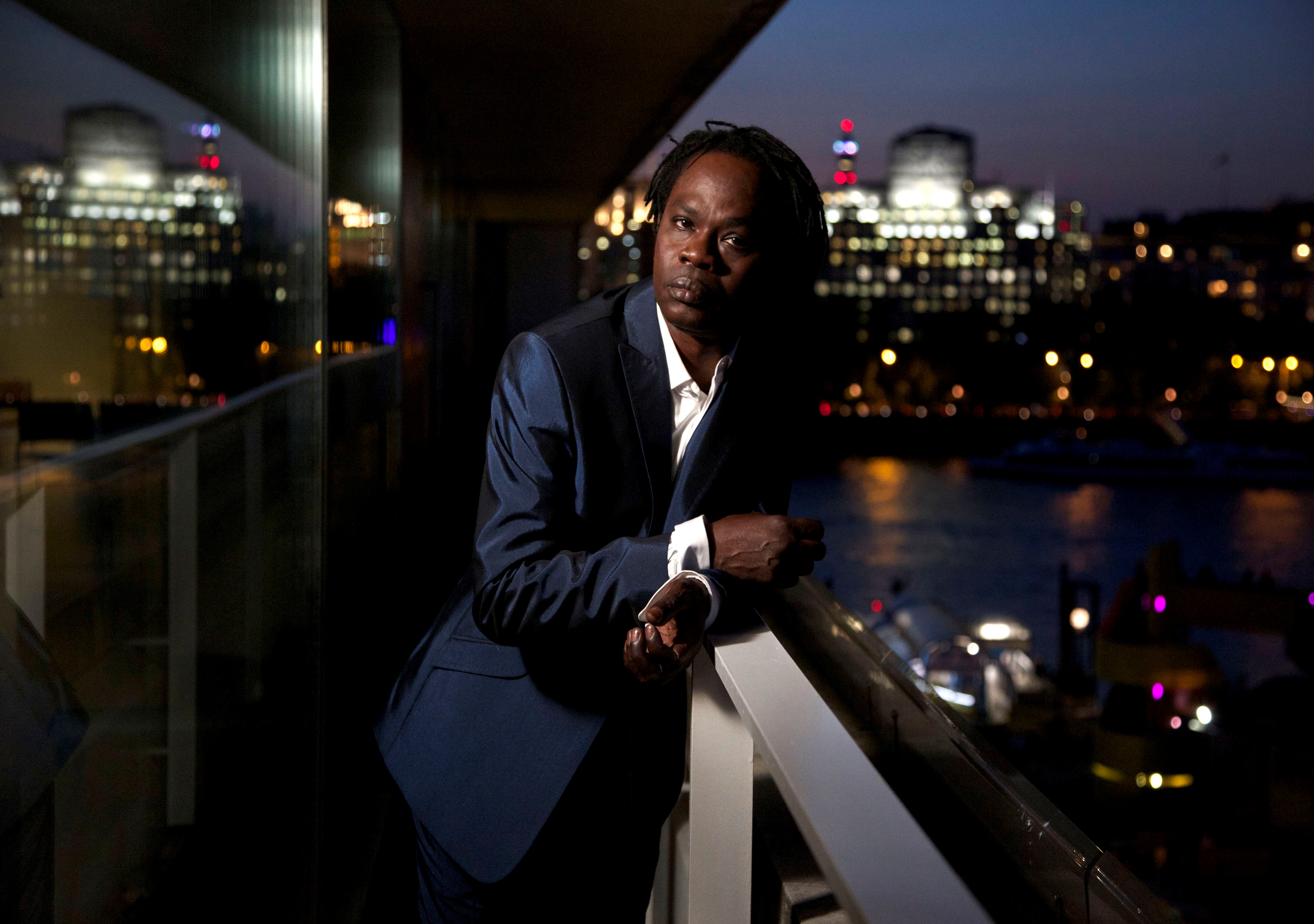 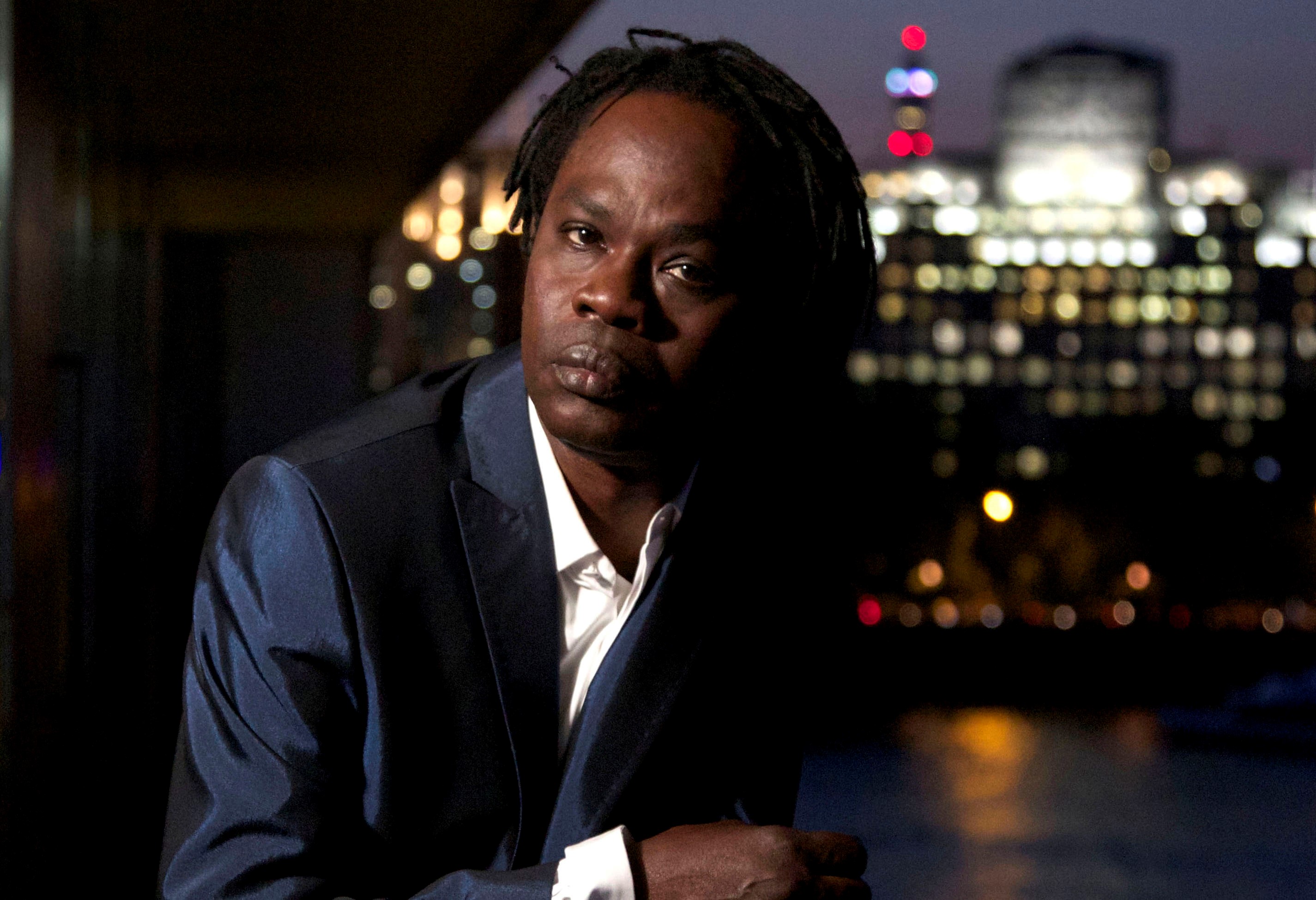 Baaba Maal Photo 4.jpg
North America
ABOUT
Born in 1953 into a large family of fishermen in the Fouta town of Podor, Baaba Maal studied music in Dakar, the capital of Senegal, and Paris, before embarking on a two-year musical pilgrimage around West Africa with his long time friend Mansour Seck. He then recorded his first albums with Seck, including the desert blues classic Djam Leelii.

Since the 1980s, Baaba has released a series of solo albums on the Island and Palm Pictures labels, and has toured the world numerous times.

Baaba has most recently been involved with the global mega-smash movie Black Panther. Following its recent success at the Grammy Awards (Best Score Soundtrack for Visual Media) Black Panther has won Best Original Music Score at the Academy Awards. Baaba collaborated on the soundtrack with Black Panther composer Ludwig Göransson, as well as performing the song Wakanda. Baaba took Ludwig on a tour of Senegal so that he could immerse himself in its musical culture. They then spent a month recording at Baaba’s studio outside Dakar, during which time the Swedish musician was introduced to some of the fundamentals of West African music. Göransson, for example, encountered the wonder of the African talking drum, which was to become one of the recurring musical motifs in Black Panther. “The talking drum…is the first type of telephone—the first type of communication device,” he
explains.

Baaba has throughout his career embraced opportunities to collaborate with other artists. Among many successful collaborative efforts has been his work with Hans Zimmer on the soundtrack to the Ridley Scott film Black Hawk Down.

In 2013 Baaba performed for President Obama on his historic state visit to Senegal.

Baaba was a founder and co-producer of the Africa Utopia festival at the prestigious Southbank Centre in London.

In 2015 Baaba released his last album, The Traveller, which features members of The Very Best and the best-selling British band Mumford and Sons. Two tracks, “Peace” and “War”, are collaborations with Lemn Sissay, official poet of the London 2012 Olympics, and were produced by John Leckie (Radiohead, Muse, Stone Roses), who has produced several of Baaba’s previous albums. The album represented both a new direction musically, and a powerful summary of his life’s work. For the Senegalese veteran travel and music are inextricable. The singer and guitarist belongs to the semi-nomadic Fulani people. “It’s part of my culture,” he says. “The songs travel from village to village, from country to country. It’s something natural to my tribe and this part of Africa.”

In 2016, Baaba collaborated again with Mumford and Sons on a four track EP, Johannesburg, recorded in South Africa. Two singles, “There Will Be Time” and “Wona”, both had considerable chart success.

Baaba established his own Blues du Fleuve (Blues of the River) annual festival in Fouta, northern Senegal, in 2005, in an effort to draw attention to the culture of this region. “Even the people who live in Dakar sometimes don’t know the country very well,” says Baaba. “It’s to open a window for people to discover where I come from and see all the opportunities in this part of Senegal.”

The latest edition of the Blues du Fleuve will take place in Baaba’s hometown of Podor in December 2019. The entire Mumford and Sons band played the event in 2017, the subject of Oscar winning director Kevin McDonald’s documentary film Return to Podor, to be released in February, 2020.

Baaba’s current project is a multi-media exploration of the musical connection between West Africa and the Americas.

For Baaba Maal, music and activism are intertwined because they are both about building bridges and encouraging mutual understanding. The Traveller’s themes of communication, reconciliation and responsibility chime with Baaba’s work campaigning for women’s rights and children’s education, and his speaking out on the effects of climate change on the Continent.

Baaba’s latest and most ambitious project is the establishment of the organization NAAN-K. A Pulaar word, ‘NANN-K’ tellingly translates as the phrase “Listen to this”, and in its original language spells out the initial letters of the five elements with which it will be concerned: Agriculture; Fishing; Livestock Farming; Culture; and Technology Access. The overall aim of NANN-K as an organisation is to support people from Senegal, and throughout Africa, in developing careers in agriculture.

NANN-K was initiated in the northern Senegalese region of Saint Louis and Podor. Targeting young people especially, it has organised start-up loans, developed apprentice schemes, and encouraged the creation of cooperative structures which allow small family farms to remain independent whilst tapping into a larger support network. NANN-K also interfaces with the Senegalese government, promoting opportunities for dialogue and cooperation between farmers and the government.

Baaba Maal is very clear about his mission: “I intend to be the voice for the people in Africa’s rural communities. I want to offer them a chance to be part of the future development of Africa.”