BOOKING INQUIRY
Regions
Worldwide
ABOUT
Rising contemporary Christian music artist Austin French has lived a lot of life in his 24 years. Originally from small-town Georgia, he’s spent time in Los Angeles, competing on reality singing competitions like ABC’s “Rising Star” and NBC’s “The Voice.” He’s been a worship leader at a church where 80 percent of the members were recovering addicts. And he and his wife went from having no kids to having two—one biological, one adopted—within months of each other. Now, to add to the list, he is about to release his first full-length studio album.

A life with this much adventure can only happen when you hold the posture that French does.

“Life is meant to be lived wide open,” he says, “not closed off, not safe, but living close to the Lord where he leads us…our job is to live our lives with our hands wide open.”

This openness to God’s leading is largely what inspired the album, Wide Open. Set to release with Fair Trade Services September 7, the 13-track album features songs that speak to the ups and downs that inevitably occur while living the wide open life. The album is refreshing in its honesty, addressing the brokenness in all of us, providing empathy in our most painful moments as well as presenting the hope of Christ. Wide Open was clearly written by an artist who has eXperienced both joy and hardship and who has come out the other side clinging to Jesus, rather than running from him.

But this was not always the case for French. Growing up a minister’s kid, French eXperienced first-hand what hypocrisy in the church can look like and just how broken people can be. “I was really hurt by the church,” says French. “I was really over it….I was going to have nothing to do with Christianity.”

In eighth grade, while attending a Christian music camp, he heard a speaker address the hypocrisy he had eXperienced growing up. During the altar call, he says he felt God ask him what he was going to do about it? How was he going to let others know that Christians don’t have to be two-faced, that they can be real, truthful and honest?

French responded to this call with his most natural gift: music. French, whose mother is a music teacher, has been singing since age two and grew up surrounded by music. “So I decided that day in eighth grade that I wanted to be a Christian artist,” French recalls, “and write music for my friends who didn’t go to church, and music for the broken people in my church.”

He created a band with friends in his youth group and they toured all over the country, playing music at whatever church would have them. Today, although he is now touring with major artists like Ryan Stevenson—whom he will tour the album with later this fall—and is working with some of the most established people in the industry—Jeff Pardo is producer on the album and his management, First Company Management, also manages the Newsboys and Ryan Stevenson— he is still responding to this call to write and play honest songs that speak to the broken.

Even when French competed on “Rising Star,” where he placed second overall, he remained true to that God encounter he had in eighth grade: “Everybody on the show was like, ‘Oh, you should do mainstream. You should do pop. You should do country.’ But the day I auditioned for the show, I walked in and told them that I was a Christian artist, and this is what I believe.”

French’s vocals could make it in any genre, but his passion is for writing music that meets people in their brokenness and introduces them to the freedom of Christ.

French’s first single on the album, “Freedom Hymn,” was inspired by some of the most broken yet joyful people French has ever known. He wrote the soulful anthem after spending time on staff at a church in Delray Beach, Florida, the recovery capital of the world. French says that 80 percent of the church was in active recovery. “They were the most broken people I had ever met, but they were the freest people I had ever met,” he says.

As someone who grew up singing hymns in the church, French says he knew he wanted to write his own hymn one day, and, he says, “what better place to write it than probably the most addicted community in the world, this recovery community? You have to admit you need a savior to actually find saving.”

The song’s chorus rings of a hope that’s for anybody, no matter how broken: This is the sound of chains breaking / This is the beat of a heart changing / This is a song of a soul forgiven / This is my freedom hymn.

When French initially set out to write this record, it was not as self-revelatory. He wanted to focus on the good moments in life, not the hard ones. But three years ago, when his dad was in an accident, everything changed. His dad miraculously recovered but spent siX months in a coma. The traumatic event refocused French’s life as well as the music he was writing.

As he eXplains, “I was just desperate for God…. It really changed the course of my record. What do I want my record to sound like? What are the songs that I want to write? Yes, God is a God of victory, but he is also a God that comforts us in our sorrows.”

Several songs on the album reflect this type of God, the one who is present in our darkest moments. “Why God?”, a contemplative and piano-driven track, asks the question we all do in the face of suffering: Why?

French doesn’t answer this old-as-time question with a Band-Aid or a bow. His lyrics are honest: I don’t understand / But I understand / Why, God, I need you / It’s why, God, I run to your arms / Over and over again.

In the year and half that it took French and his wife, Joscelyn, to adopt their two-year-old son, Coleman, they asked a lot of why questions.

They first met Coleman when Joscelyn’s mom was taking care of him as his foster parent. It was love at first sight: “As soon as we saw him, we just fell in love with him, and God put something in me that I could not eXplain.”
But adopting Coleman was a long road. At one point, the foster care system told French and Joscelyn that they would never see Coleman again. “We just honestly couldn’t understand why,” recalls French. “Why would God call us to love this little boy like our own son if we were never going to see him again?”

Ultimately, in a miracle move, the courts ruled to allow French and Joscelyn to be Coleman’s parents. During the entire process, the Frenches continued to seek God, even through the why, teaching them an incredibly important lesson. “You can turn your why into worship,” says French, which is eXactly what he did.

The journey to adopt Coleman also inspired the title track on the album. As a young couple, French and Joscelyn had planned to wait five years before having kids, but when they met Coleman, they knew their plans were about to change. “We had two options,” says French, “either ignore that feeling, or submit and say, ‘God, my plans are obviously not your plans. I’m all in. Whatever this looks like, would you make the way?’”

The upbeat and inspiring track begins with this admission that God’s ways are higher than ours: Plans / I’ve been the fool who thought my plans / Were so much bigger, so much better than yours.

God did make a way in the court that day, and not only did the new parents get to welcome Coleman to their home; three months later, Joscelyn gave birth to their second son, Owen.

“We went from a life with two people, living as two people would without the responsibility of kids, to two kids really quickly,” says French.

But if anyone can take a transition like this in stride, it’s the Frenches—a family who doesn’t limit what God can or will do, and Wide Open is a testament to it all.

Austin French has a long career ahead of him, but he is already establishing himself as a talented artist and songwriter who is open and vulnerable, able to take real struggles from his own life and write them into songs that are universally understood. Because of this, Wide Open will leave listeners with the sense that miracles can happen to them too; they just have to live wide open.
Expand
Social Feeds 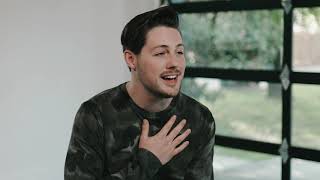 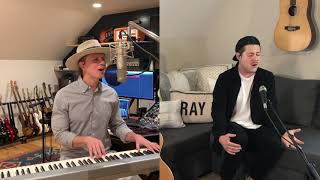 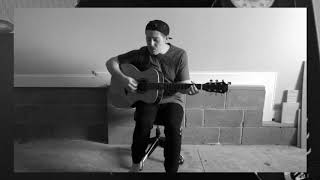 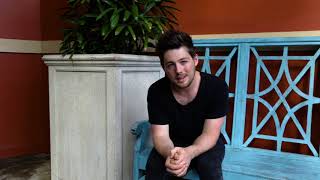 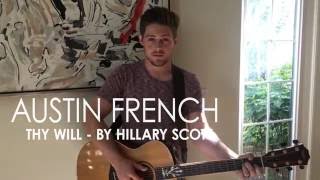