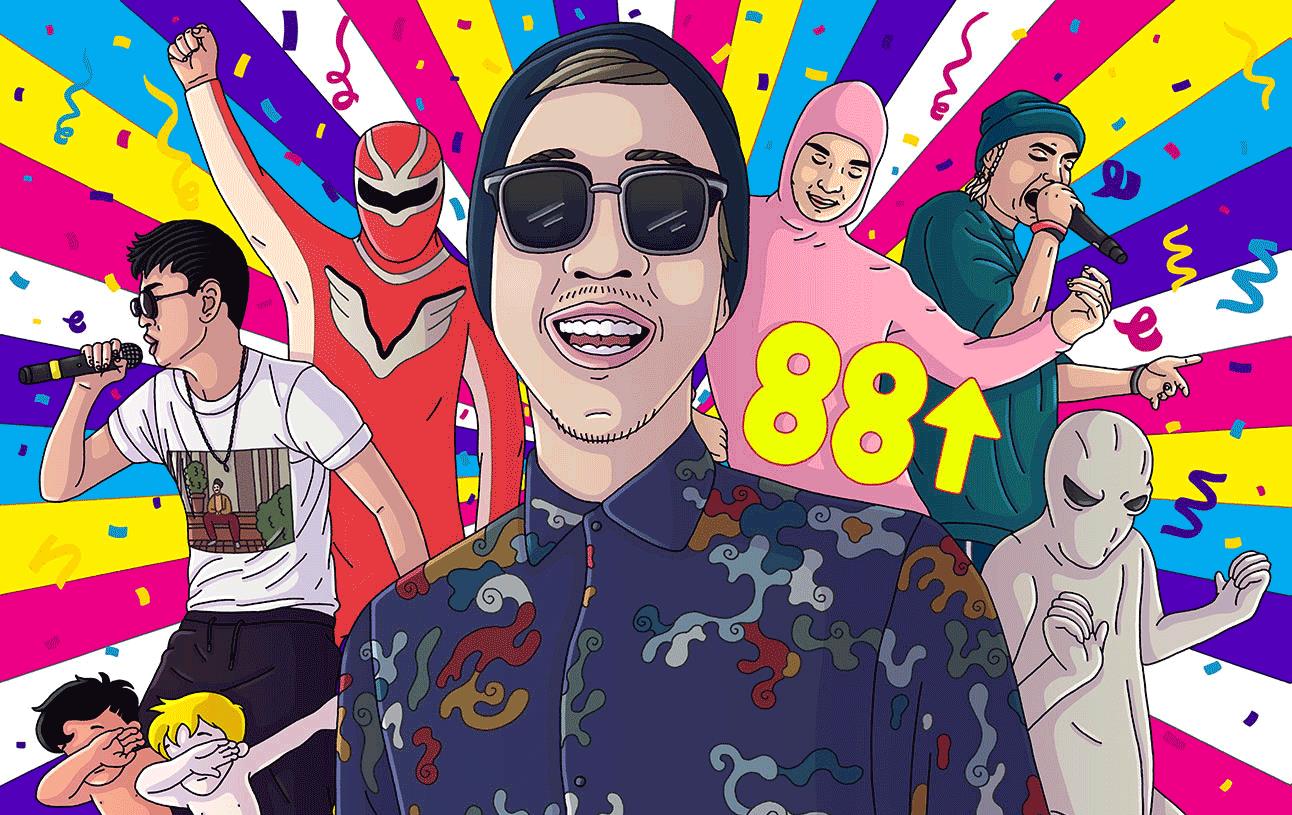 88,2.jpg
Worldwide
ABOUT
Revered by the likes of The New Yorker, Rolling Stone, CNN, Forbes, Bloomberg, Billboard, Pitchfork and Los Angeles Times, 88rising is an American mass media production and management company at the forefront of catapulting Asian culture and stories into new dimensions. Best known as the team behind Internet-breaking sensations, including Joji, Rich Brian, Higher Brothers and Keith Ape, 88rising have quickly escalated to selling out world tours, hosting festivals and working with today’s biggest stars.

“88rising is distinguished by its idiosyncratic tone and its up-to-the-nanosecond appreciation of hip-hop’s youthful, Internet-driven trends,” The New Yorker said, in their 8-page long features on CEO Sean Miyashiro and the company. To say that 88rising has their finger on the pulse is an understatement. With over 2.7 million subscribers and nearly 1 billion views on their YouTube channel, 88rising’s influence is undeniable.
Expand
Social Feeds
View all
Images